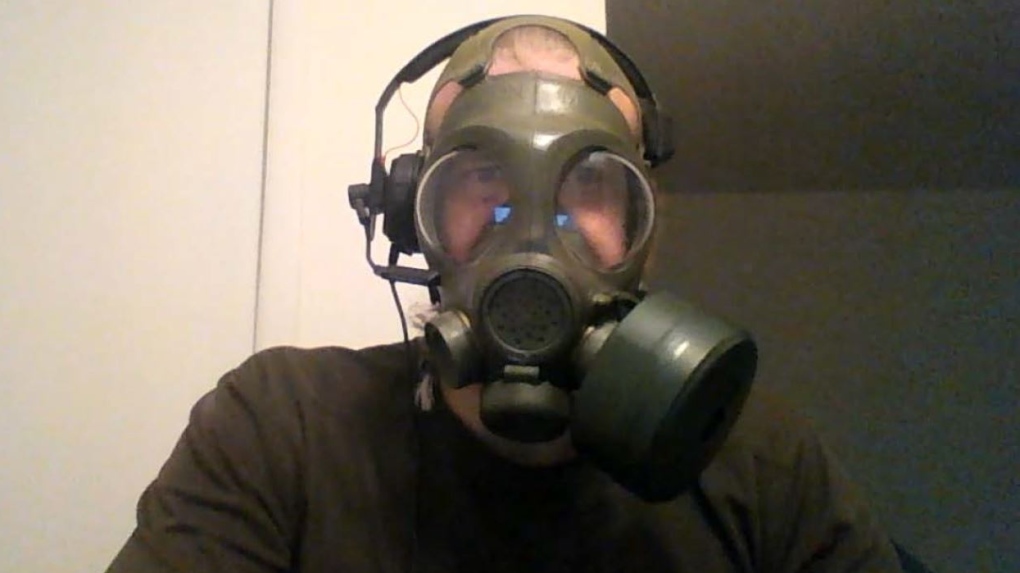 Patrik Mathews, a former Canadian Forces reservist, is seen in this image released by U.S. prosecutors.

GREENBELT, MD. -- Two men accused of being members of a violent white supremacist group called The Base pleaded not guilty Tuesday to charges in a federal indictment in Maryland.

Brian Mark Lemley Jr., 33, of Elkton, Maryland, entered the plea during his arraignment on charges including illegal transportation of a machine-gun and transporting a firearm and ammunition with the intent to commit a felony.

William Garfield Bilbrough IV, a 19-year-old pizza delivery driver who lived with his grandmother in Denton, Maryland,before his arrest,pleaded not guilty to charges including conspiracy to "transport and harbour certain aliens."

In a court filing, Justice Department prosecutors said Lemley and Mathews discussed "the planning of violence" at a gun rights rally in Richmond, Virginia, in January. A closed-circuit television camera and microphone installed by investigators in a Delaware home captured Mathews talking about the Virginia rally as a "boundless" opportunity, prosecutors said.

"And the thing is you've got tons of guys who ... should be radicalized enough to know that all you gotta do is start making things go wrong and if Virginia can spiral out to ... full blown civil war," he said.

"I need to claim my first victim," Lemley said on Dec. 23, according to prosecutors.

Bilbrough, the only defendant in the case who isn't facing firearms-related charges, participated in their early discussions about travelling to Richmond but recently had tried to distance himself from the group, a prosecutor has said.

A grand jury in Maryland handed up the 12-count indictment on Jan. 27, nearly two weeks after FBI agents arrested Bilbrough in Maryland and Matthews and Lemley in Delaware.

U.S. Magistrate Judge Timothy Sullivan ordered all three defendants to remain in federal custody while they await a trial in Greenbelt, Maryland.

Mathews, 27, and Lemley also were indicted last month in Delaware on separate but related charges.

FBI agents arrested Mathews, Lemley and Bilbrough as part of a broader investigation of The Base. Authorities in Georgia and Wisconsin also arrested four other men linked to the group.