More than 5,000 doses of the Moderna vaccine headed to First Nations in Manitoba 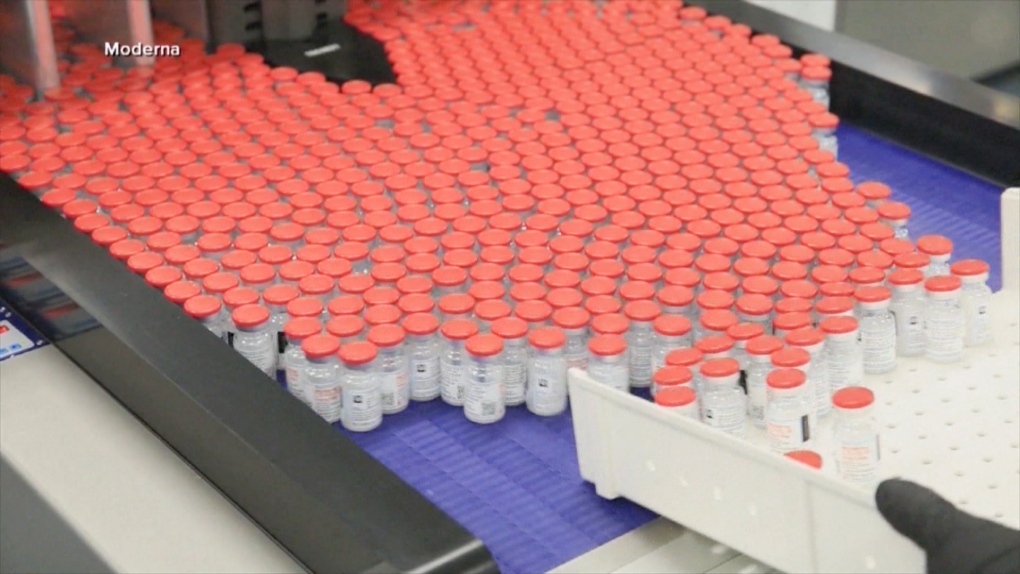 WINNIPEG -- The first shipment of the Moderna vaccine arrived in Manitoba Thursday, with more than 5,000 on their way to First Nation communities.

The province said 7,300 doses made their way to Winnipeg Thursday. Of those doses, 5,300 will be “distributed immediately” to Indigenous communities, according to a release from the province.

“As we speak communities are mobilizing,” Grand Chief of the Assembly of Manitoba Chiefs Arlen Dumas told CTV News Thursday.

It’s not clear exactly where they’re headed yet, but Dumas said health-care workers will be the first priority. “Initially it will be our frontline workers,” said Dumas. “It’s only the first phase.”

During a news conference, the acting deputy chief provincial public health officer Dr. Jazz Atwal said the vials are being stored in a secure facility.

Unlike the Pfizer vaccine, Moderna doses don’t need to be stored in ultra-cold temperatures, making them easier to ship to isolated communities.

First Nations people living on and off-reserve have been disproportionately impacted by COVID-19. They make up roughly a third of hospitalizations and ICU patients in the province.

The Manitoba government said it collaborated with Indigenous health experts, including the Manitoba First Nations Pandemic Response Team, to develop the plan.

“It is important that Indigenous voices are heard. As Indigenous health experts, we are at this table in support of First Nations people. We are needed at the table,” said Dr. Barry Lavallee, health lead of MKO, in a statement.

“WE NEED THE VACCINE IN THE COMMUNITY NOW”

“We need the vaccine in the community now,” said Redhead. “If we wait any longer, it could be devastating.”

The Canadian Forces were called into the northern First Nation to try to contain the outbreak. The military is expected to leave the community New Year’s Eve.

At its peak there were 405 cases in the community with a population of roughly a thousand.

The number of active infections now stands at 38, however Redhead said the number is likely higher.

Redhead said he would like to see more widespread testing, and questions why the Pfizer vaccine, which has been in the province since mid-December, wasn’t administered to elders and vulnerable community members earlier.

“It’s an hour and a half flight from Winnipeg. I don’t understand why they couldn’t put it on the plane and have our more frail ready for inoculation as soon as it arrives,” said Redhead. “We could have had a mobile clinic right at the airport.”