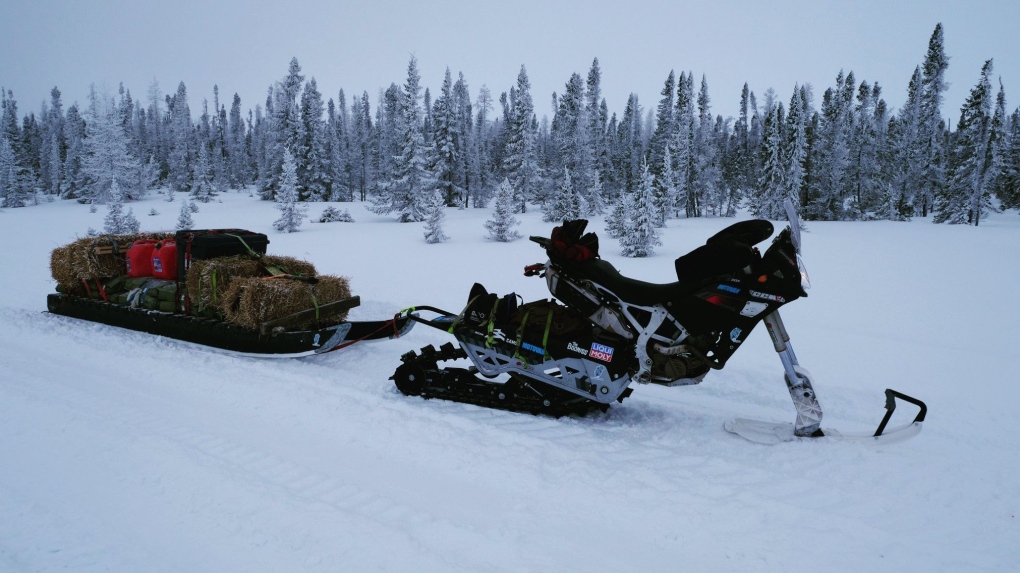 Solaro decided to make his 2018 trip to the town, convert his motorcycle into a snow bike able to pull a sled, and bring up some needed supplies. (Source: Brokentooth Project)

An Ontario man has completed an epic trip to Churchill with his motorcycle, in part to deliver a donation of dog food to help people and animals in the struggling northern Manitoba town.

“I need to be absolutely clear on this. This was the stupidest, most grueling, most enjoyable, most frightening, most dangerous, most incredible thing I’ve ever done,” Oliver Solaro told CTV News in a phone call Sunday.

Solaro lives in Owen Sound, about two and a half hours northwest of Toronto. A welder by profession, he enjoy taking vacations to visit northern communities in Canada on his motorcycle. In 2016, he travelled by motorcycle to Attawapiskat.

Parts of the railway track to Churchill were washed out in May 2017, halting the only mode of ground transportation. Since then, prices for food and fuel have skyrocketed. Solaro said some people have been boiling scraps of meat to feed dogs and others are considering moving their dogs out of town.

After learning about some of the town’s troubles, Solaro decided to make his 2018 trip to the town, convert his motorcycle into a snow bike able to pull a sled, and bring up some needed supplies. He said he called a New Brunswick company about the trip and was given 1000 pounds of free food. He said each bag of dog food costs about $140 in Churchill.

“Looking at some of the news coming out of Churchill there seems to be some humanitarian efforts in keeping the people supplied, but I didn’t really hear anything about the dogs, and I know that Churchill is a big dog town,” he said.

Solaro said the journey was difficult. He rode his bike to Gillam, before embarking on the winter road to McClintock, about 100 kilometers south of Churchill with two friends who drove four by four vehicles. One night he said the four by four vehicles got stuck and he slept one night in a tent in -30 degree temperatures.

From McClintock, Solaro said he hooked up the supplies to his snow bike. He said he made the first delivery of food in Churchill on Tuesday, and went back to McClintock and made a second delivery on Saturday.

Solaro said the donation was made possible after placing a phone call to the Churchill Chamber of Commerce. He then was connected with Robert McDonald, who has 17 sled dogs.

“It’s a real blessing,” said McDonald. “I think he’s pretty awesome. I never really expected any of it,” he said.

McDonald said three, 50 pound bags will last him about two weeks, and is thankful and happy to have made the connection with Solaro.

“I’ll forever be in debt to him. Something like this doesn’t happen every day.” 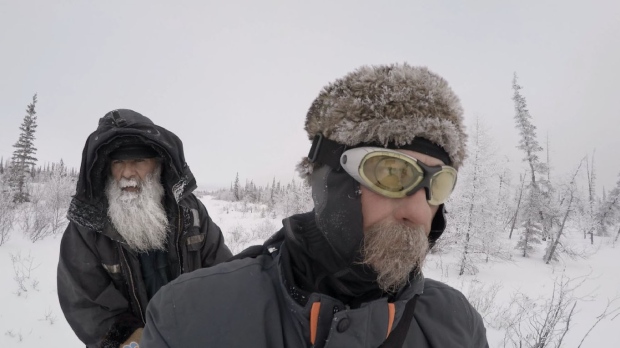