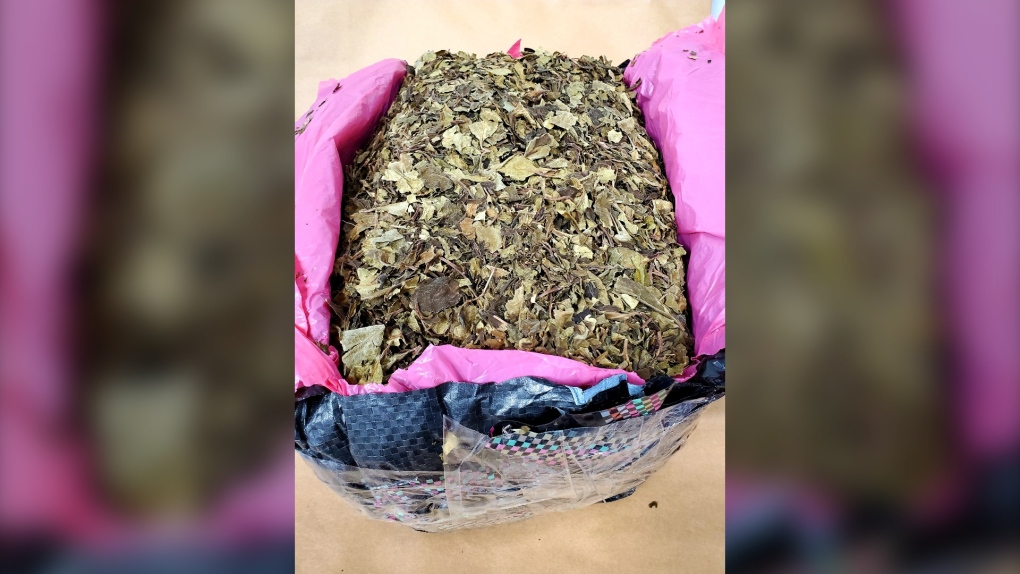 Two men have been arrested and are facing charges after RCMP seized nearly 20 kilograms of an illegal drug following a traffic stop.

The stop took place on the Trans-Canada Highway on Monday near Highway 11 in the RM of Reynolds.

RCMP searched the trailer and found approximately 18.9 kilograms of khat, a plant native to East Africa.

The plant contains cathine and cathinone, which are schedule 4 substances under the Controlled Drugs and Substances Act.

The driver of the truck, a 21-year-old man from Winnipeg, along with a 28-year-old male passenger from Edmonton, were both arrested and are facing a charge of possession for the purpose of trafficking.

The charge has not been tested in court, and both men were later released from custody. They will appear in court on the charge on February 28, 2022.