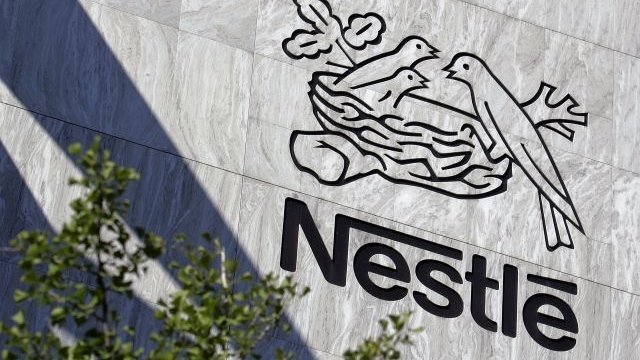 Nestle's corporate logo is shown at the company's headquarters in Vevey, Switzerland in this undated file photo. (Fabrice Coffrini / AFP)

Starting in late 2020, Nestlé food and beverages is going to have a bit of Friendly Manitoba mixed in with them, after the global company partnered with local plant-based company Merit Functional Foods.

The Manitoba start-up will be partnering with Nestlé and Burcon NutraScience to develop and commercialize its plant protein ingredients, which it says has higher protein contents and lower off-putting flavours.

"This should be seen as a great success story for Manitoba," Merit Co-CEO Ryan Bracken told CTV News.

Merit is in the process of building a new facility to produce plant-based proteins using Burcon's technology. The facility is expected to be completed in the fourth quarter of 2020.

"We believe that our underlying technology is unique and different, and obviously I think what this collaboration is showing is that Nestlé believes that as well."

Bracken said their company is just one example of a recent boom in Manitoba's protein industry – with a focus on meat and dairy alternatives.

In 2017, global plant-based ingredients company Roquette announced it would be building a pea-processing plant near Portage la Prairie. In January, Roquette announced a partnership with Beyond Meat, which would see a multi-year pea protein supply agreement between the two companies.

Most recently, the federal government announced a $9.5 million investment in Manitoba's pea-protein industry.

Bracken said he thinks the growth will continue.

Merit Functional Foods was started six months ago and has 10 employees, but Bracken said that is expected to grow to 200 employees in three years.

"We believe this plant-based food movement is here to stay," Bracken said. "There is significant demand out there for pea protein."