'Never had this happen before': Woman searching for special quilt believed to be stolen

'Never had this happen before': Woman searching for special quilt believed to be stolen 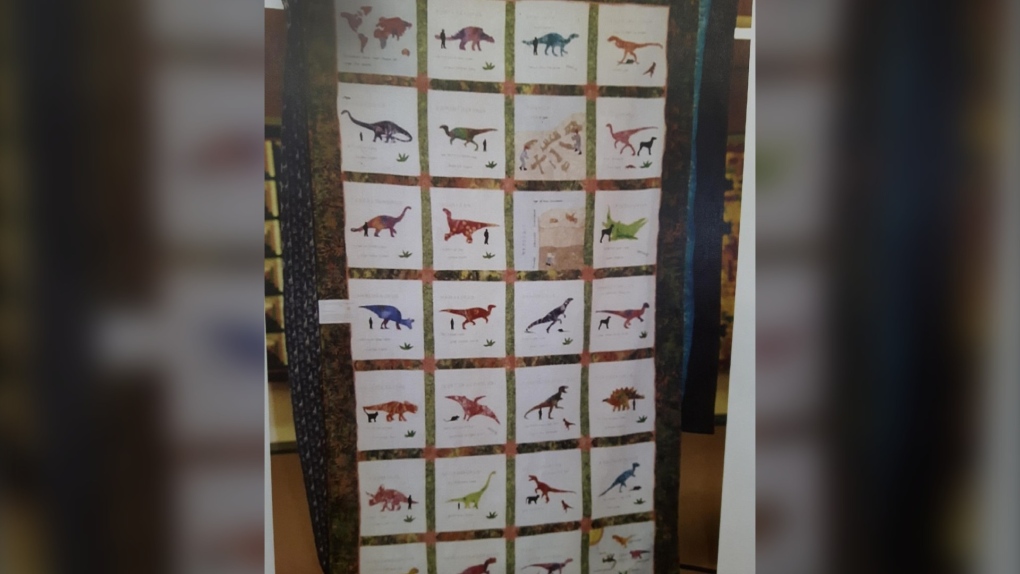 An alphabet dinosaur quilt that Lane Englund had made for her grandson when he was little. It is believed to have been stolen from a quilt show in Neepawa. Dec. 9, 2022. (Source: Lane Englund)

A cherished gift from grandmother to grandson has gone missing, and it's believed to have been stolen.

The Tangled Threads Quilt Guild based in Neepawa, Man. hosted a quilt show, the 25th anniversary edition, on Nov. 25 and 26.

The president of the guild, Lane Englund, decided to hang three quilts she made outside of the Knox Presbyterian Church, where the event was being held, to help showcase the show.

Of the quilts on display, there was an alphabet dinosaur design that she made for her grandson, who is now 21, when he was little. She said he graciously lent it to her to show off for the weekend.

Unfortunately, it wasn't before long that the dinosaur quilt went missing.

She said people started searching for it, but it couldn't be found.

"The other two quilts that were on the line, I would have given to anybody who asked for them, but not that one."

Englund says it's upsetting and frustrating to know the quilt was stolen, considering she has hung quilts outside for shows in the past. 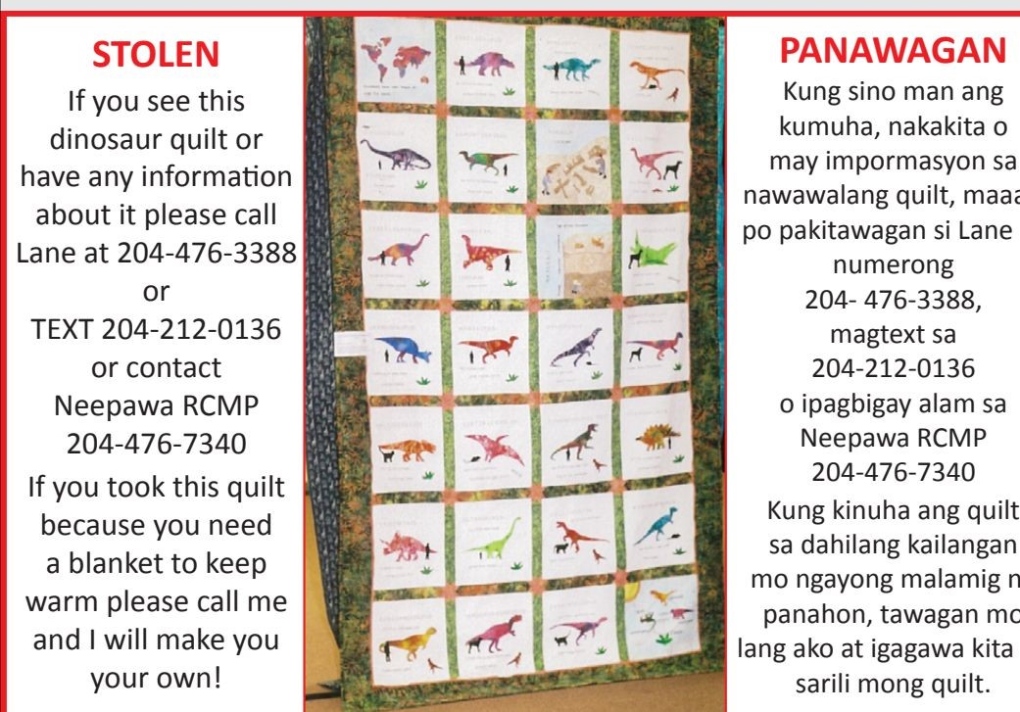 An alphabet dinosaur quilt that Lane Englund had made for her grandson when he was little. It is believed to have been stolen from a quilt show in Neepawa. Dec. 9, 2022. (Source: Lane Englund)

In the hopes of finding it, members of the guild put out a call on Facebook, asking everyone to share the information online. Englund has also put up posters around town, including in front of schools, and has taken an ad out in the newspaper.

Englund isn't sure why someone would steal the quilt, but if it was because they are cold this winter, she has a solution.

"(The guild) has volunteered to make a quilt if there is somebody that needs one, so I have put that word out as widely as I can."

She hopes the quilt is eventually returned and said she appreciates the support from the community to help find it.

The federal government is expected to introduce a law as early as Thursday to delay the extension of medically assisted dying eligibility to people whose sole underlying condition is a mental disorder.