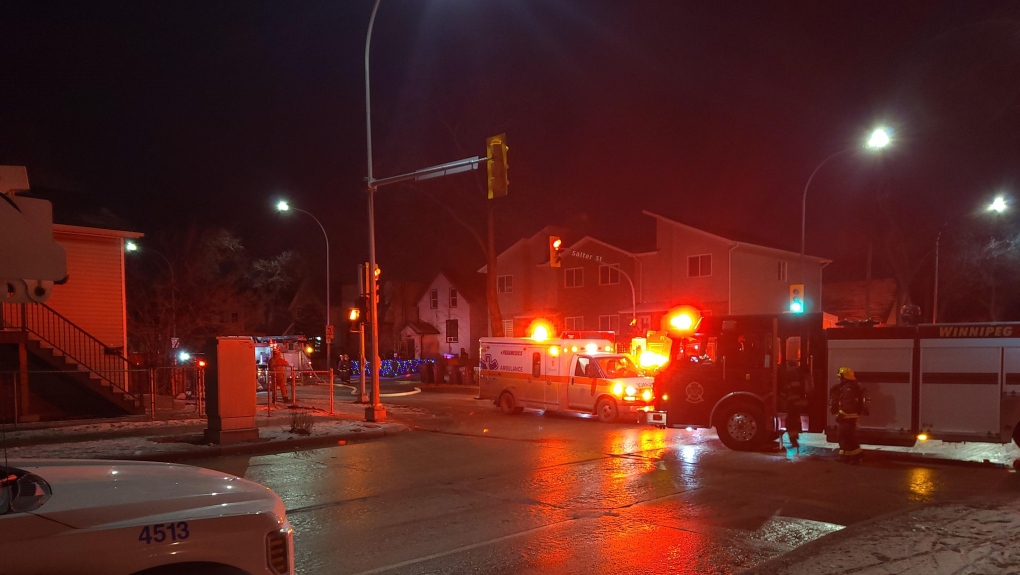 WINNIPEG -- The Winnipeg Fire Paramedic Service put out two fires Sunday morning, including one that left nine people without shelter.

According to WFPS, fire crews were sent to a two-storey home on Redwood Avenue near Salter Street at 2:55 a.m. after a monitored fire alarm went off.

The fire service said when firefighters arrived they saw heavy smoke and flames coming from the house.

WFPS launched an offensive attack and declared the fire under control at 4:10 a.m.

All nine residents managed to evacuate the house before first responders arrived. The WFPS said all were checked by paramedics but did not require transport to hospital. No injuries were reported.

The cause of the fire is under investigation. No damage estimates are available but the WFPS said the building suffered significant fire, smoke, and water damage.

A few hours later, at 8:36 a.m., WFPS crews were called to a fire in a vacant two-and-a-half-storey house on Simcoe Street just north of Portage Avenue.

WFPS said an offensive attack was launched when firefighters arrived. It declared the fire to be under control at 9:06 a.m.

No occupants were found and no injuries were reported.

The cause of the fire is under investigation and no damage estimates are available.