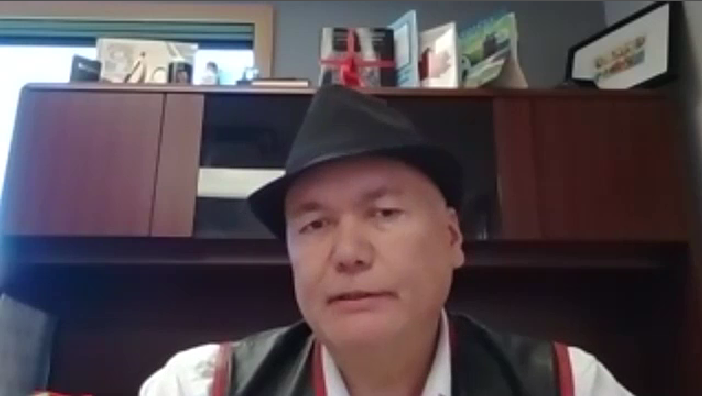 A Manitoba First Nation grappling with a COVID-19 outbreak, and under lockdown since Oct. 8, is hopeful COVID-19 infection numbers are starting to trend in the right direction.

Norway House Cree Nation is one of the largest Indigenous communities in Manitoba with about 6,500 members within the community, and another 1,000 nearby.

Chief Larson Anderson said its population has been a factor in transmission rates due to multiple people living under the same roof.

He said households can range from three to 12 individuals, and in the current outbreak positive cases often number between five and ten per household. Road blocks are in place along the community’s 80 kilometres of roads to try and contain the virus.

“What we’ve tried to do is isolate and keep people away from each other which is really hard to do in a small town,” said Larson.

Positive cases started showing up in early September with a first case reported on September 3, and another five days later.

“It really didn’t seem like it was going to be an outbreak but then school started and we have school-aged kids that aren’t vaccinated ending up at schools and they took it home,” said Anderson.

During a media briefing Monday Dr. Marcia Anderson, the public health lead for First Nations Pandemic Response Coordination Team, voiced concerned that children were catching COVID-19 and passing it on others, some of whom were fully vaccinated.

Community schools are currently closed because of the outbreak, and Larson said plans to reopen them this week were derailed by high positive case numbers over the weekend.

“Quite a number of vaccinated people are carrying or getting positive. I think today’s number is 47 per cent of those were from vaccinated individuals and then, of course, the unvaccinated, meaning under 12, there’s 25-30 per cent of them,” said Larson.

Norway House Cree Nation has a fairly high vaccination rate with a rate of 82 per cent as of Tuesday morning. Larson said there has also been campaigns to vaccinate other non-community members living in the community like teachers and contract construction workers.

Vaccination rates were climbing slowly in the community until they lost their first community member to the virus. Larson said the member had a single dose of the vaccine.

“Since that happened it really opened the eyes of a lot more people in our community,” said Larson. “We’re trying our best to get people isolated as well as trying to get them vaccinated as we go along.”

Larson said the supports vaccination efforts and the province’s recommendation for a third COVID-19 booster shot, mainly because many community members have complex health problems like diabetes and asthma.

“We think that the booster shot will give us added comfort that we are going to be okay. At the same time, we also want to support more vaccinations so we want to put those two together. The flu shot has also been talked about,” Larson said.