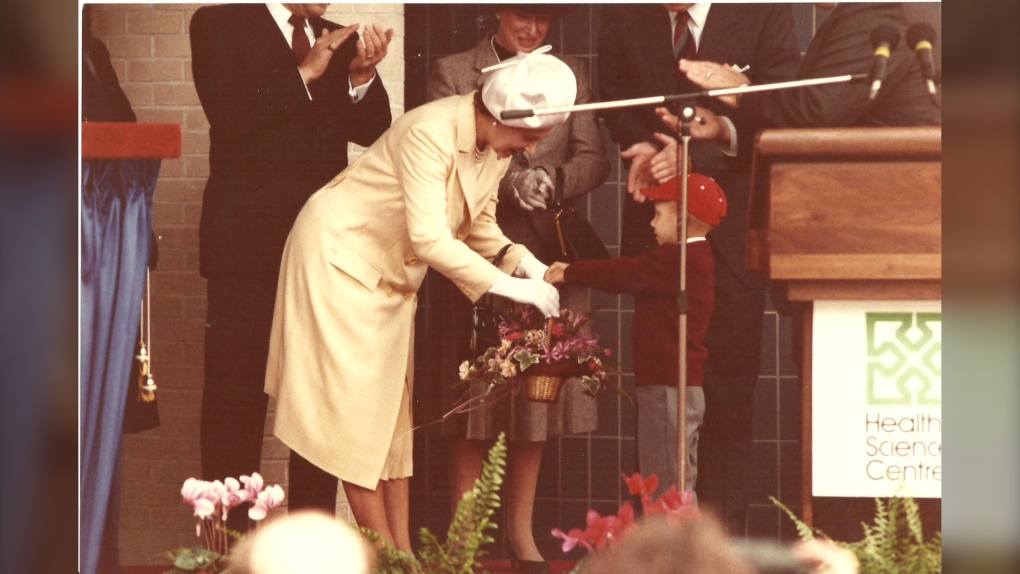 A week after the death of Queen Elizabeth II, one Manitoba family is looking back on the time they had a brush with the monarch nearly 40 years ago.

In an interview on Thursday, Debbie and Jake Klassen said in 1984 their son Landon, who was five years old at the time, presented Queen Elizabeth II with flowers when she came to dedicate the new Children’s Hospital in Winnipeg.

They noted Landon was given the opportunity by the staff of the hospital as he was going through cancer treatment at the time.

“He had one more chemotherapy session left to finish his therapy with cancer,” Debbie said.

“It was a great way to end his treatment after 2.5 years.”

She noted that her son repeatedly practiced how he would bow to the Queen to prepare for the special moment.

Once the day arrived, Landon walked up on the stage with his father by his side; however Jake was only permitted to go up to a certain point, so the young man had to go the rest of the way on his own.

“He walked towards the Queen, he bowed and he presented the basket of flowers to her,” Debbie recalled of the moment that took place 38 years ago.

“At that time, the Queen unveiled a plaque to dedicate the new Children’s Hospital of Winnipeg.”

Debbie and Jake said they were “overwhelmed” by the experience, which Debbie described as “once-in-a-lifetime event.”

“The two of us, along with Landon’s sister, we were all invited to go to this and we sat on the chairs close to the stage,” she said.

Queen Elizabeth II died last week at the age of 96.

Families of missing and murdered Indigenous women seek change ahead of Oct. 4 vigils

A group of family members of Indigenous women killed across B.C. is calling for more police accountability and improved communication when investigating missing person cases across jurisdictions. The families spoke out on the eve of Canada-wide Sisters in Spirit vigils Oct. 4 to honour missing and murdered Indigenous women and girls.