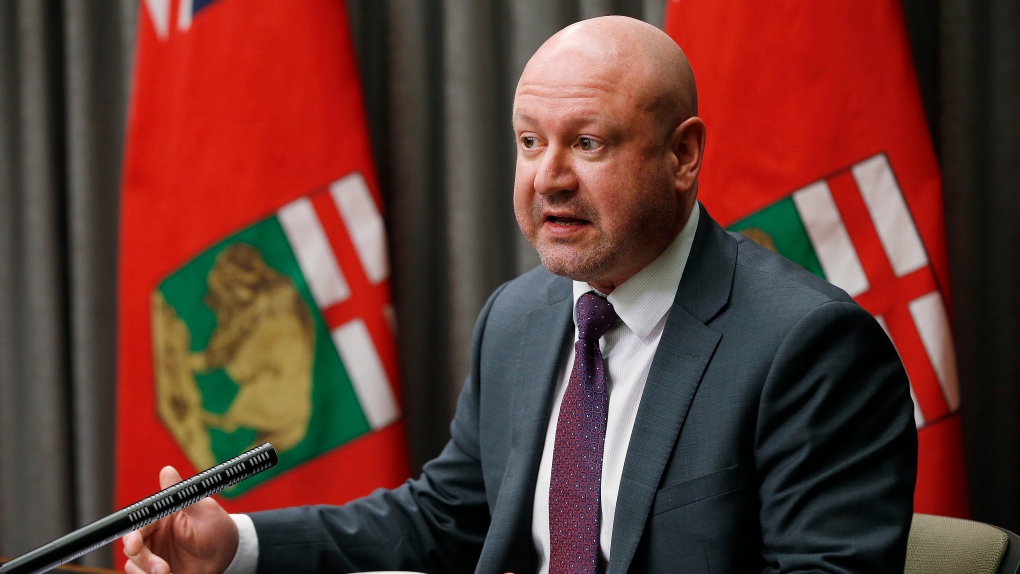 WINNIPEG -- Health officials in Manitoba have announced a new case of a COVID-19 variant.

One case of the B.1.1.7 variant was identified in the Winnipeg area on Friday and was related to travel.

There have been 12 cases of the variant first found in the United Kingdom and 11 cases of the B.1.3.5.1 variant.

One new death was announced, bringing the total to 912. The death was a woman in her 80s from the Winnipeg area linked to the outbreak at the Convalescent Home of Winnipeg.

The five-day test positivity rate is 4.1 per cent in Manitoba and three per cent in Winnipeg.

Dr. Brent Roussin, the chief provincial public health officer, said Manitobans need to keep focusing on the fundamentals as there has been a slight increase in cases over the last week.

"We're a year into this, so this shouldn’t come as a surprise. As we loosen restrictions, we have more interactions and thus an increase in case numbers. At the same time we are rolling out the vaccine, we're protecting more and more of the most vulnerable of Manitoba," said Roussin.

He said with more cases they want to see a lower number of severe outcomes so that there isn't a strain on the health-care system.

If that can't be done, he said, restrictions could be tightened again.

"We need to stay on guard, although this continues to be a time of optimism as we roll out more and more of that vaccine."