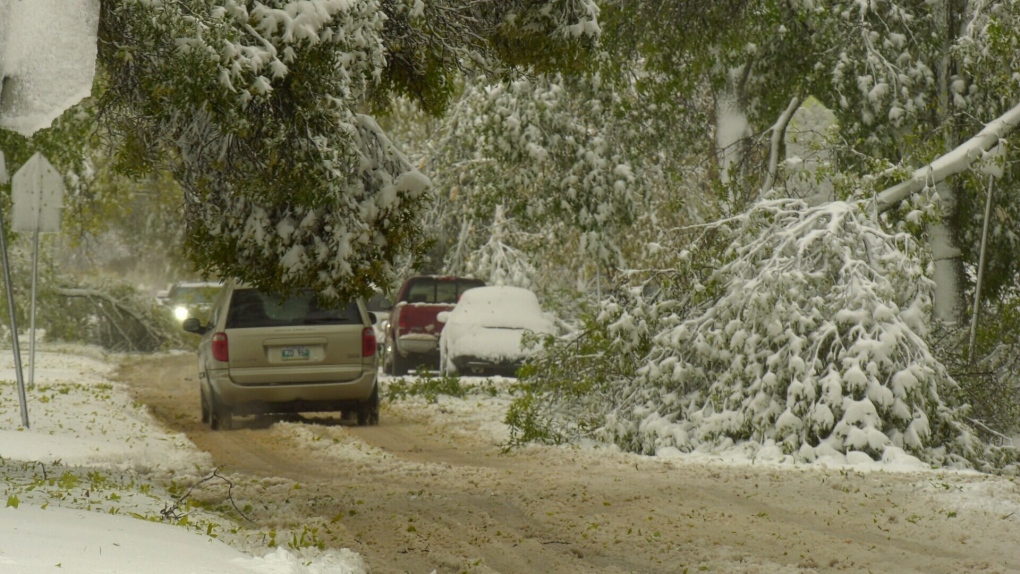 In residential neighbourhoods, many are still plagued by down trees from heavy snow on branches

WINNIPEG -- The snow appears to have stopped falling in Winnipeg, but there is still a lot of cleaning up to do before life returns to normal.

Thousands of people across the province remain without power. As of 10:45 a.m. Saturday, Manitoba Hydro indicated that more than 53,000 people didn't have electricity. In Winnipeg, there are more than 7,000 people without electricity.

The hydro company continues to be unable to provide estimated times for restoration due to extremely high volumes of calls and weather conditions. 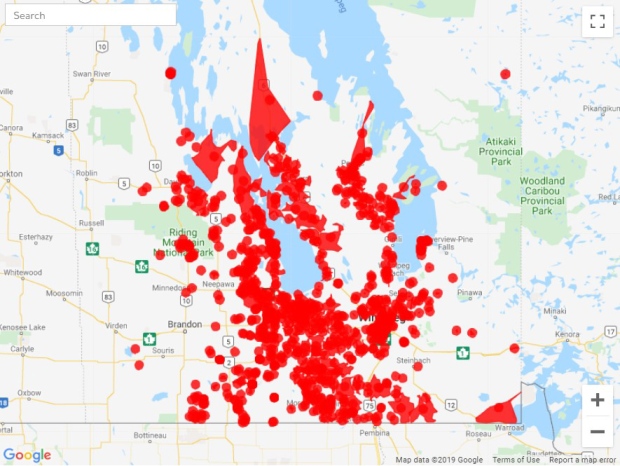 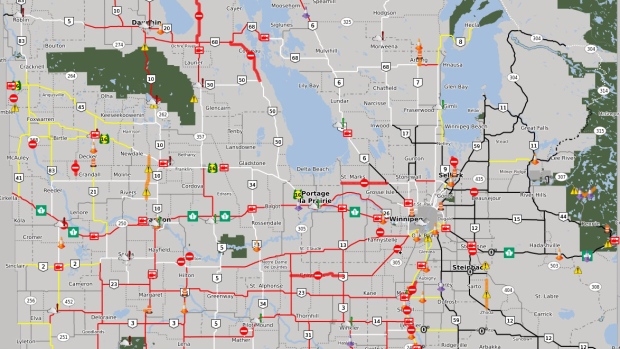 The City of Winnipeg provided an update about the storm at a press conference Saturday morning.

“There are still critical infrastructure concerns,” said Jason Shaw, assistant chief of emergency management, but added that there is no need to call in other cities for help.

According to the city, one person was sent to hospital in critical condition after a tree fell, and another person was hit by a bus. Shaw said no other injuries from the storm have been reported.

Plows were out clearing on priority streets overnight. Warmer temperatures in the coming days are expected to melt more snow, Shaw said.

Mayor Brian Bowman encourages people to stay home and stay safe if possible and said trees with snow still pose a risk. He said the canopy has been decimated.

The city said about 50 crews continue to clear and remove downed trees and fallen branches, focusing efforts on places where branches or trees are blocking streets.

The city has received nearly 2,000 calls to 311 about fallen trees and branches.

Bowman said the storm cleanup is costing a lot and will have an impact on city finances, but by how much, wasn’t information he could immediately share.

He said city forestry crews and people working with the city 311 team were working hours of overtime.

In residential neighbourhoods, many are still plagued by down trees from heavy snow on branches.

Officials are reminding people to stay away from damaged or downed power lines. If anyone sees a sparking transformer or a fire, they should call 911.

Reminder: All City-run recreation & library facilities are closed today, and programming is cancelled due to travel conditions. #mbstorm

Please drive with caution as there are still a number of intersections without working traffic lights #mbstorm https://t.co/iIg7y9dbhE

On Friday evening, the storm shut down many advance polling stations across the province.

All of the latest closures can be found online on the Elections Canada website.