Over a million contraband cigarettes discovered during traffic stop near Falcon Lake, Man. 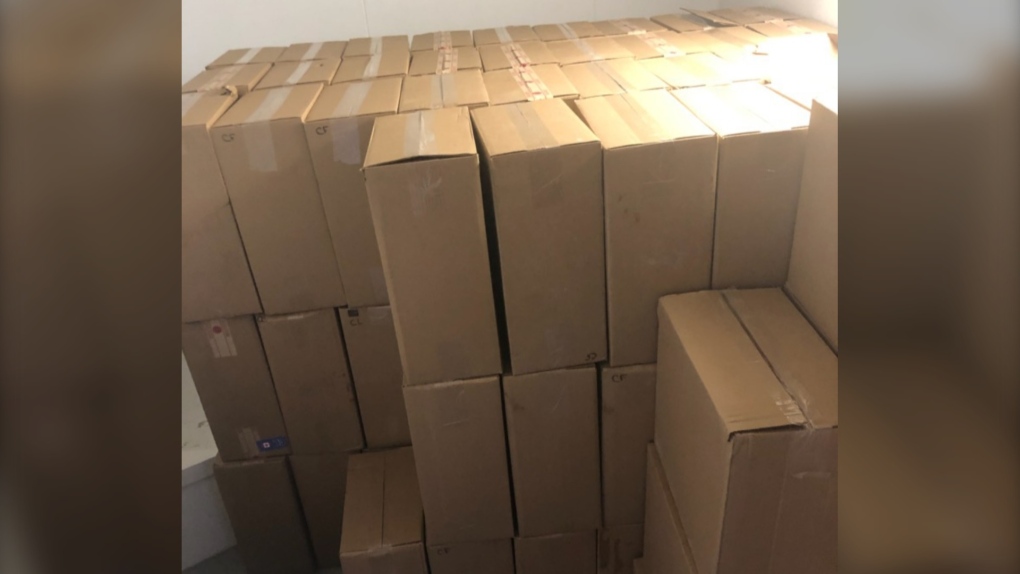 WINNIPEG -- More than a million contraband cigarettes were discovered during a traffic stop near Falcon Lake, Man.

RCMP said around 3 p.m. Monday, officers pulled over a vehicle heading west on Highway 1. After speaking with two people inside, police said officers inspected the vehicle and  uncovered 120 cases of illegal tobacco which contained 1,200,000 cigarettes.

Issa Ahmad, 47, and Behzad Ahmed, 40, both from Edmonton, are facing charges for trafficking contraband tobacco. Police said if convicted, the two could face a mandatory triple tax penalty of $1 million under the Tax Administration and Miscellaneous Taxes Act.

The Mounties said the two men have been released from custody pending a March 2 court appearance in Winnipeg. Police are continuing to investigate.