George Shallcross, 73, lives with Parkinson's disease and has chosen to die at home.

Shallcross' wife, Susan, said under the province's palliative program all of the costs of his medication are covered, including dispensing fees.

Starting Aug 18, the province is introducing a cap on dispensing fees for drugs.

Shallcross takes 25 doses of liquid medication a day. His pharmacy said the changes will cost him about 900 dollars a month.

"I just couldn't sleep. I just thought how are we going to do this," she said.

"It's tough to go through because quite often over the years pharmacies have eaten the cost,” said Tache Pharmacy Manager Gregory Harochaw.

“It's got to the point where we can’t eat the cost of what we are being eaten on that." 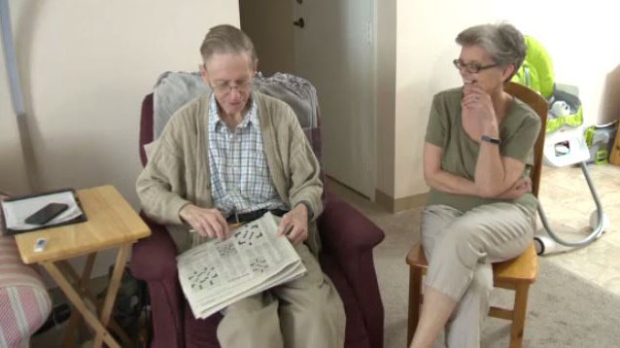 In a statement to CTV News, a government spokesperson said Manitoba has the highest average dispensing fees by a provincial drug program in Canada and is the only province without a cap on the fees.

The spokesperson also said exceptions could be made for some patients.

“In situations where more complex dispensing services are required, Exceptions to the coverage limits will be considered on a case-by-case basis,” the spokesperson said.

Palliative Manitoba is concerned about patients being able to afford the new fees. The charity supports enhancing patient’s quality of life right up until death.

“This may prevent some people from getting their medication that they may need to have a comfortable death," said Executive Director Jennifer Gurke.

Susan said the new fees are unfair because it would cost the government more money to care for her husband in palliative care in hospital.

"It makes me angry. We are saving the government money and they are treating us this way," she said.

The couple can't even begin to fathom the financial stress of having to pay the new fees or having to leave their home.

The province encourages patients to talk with their pharmacist about the cost of dispensing fees.