Police called to scene on Pembina 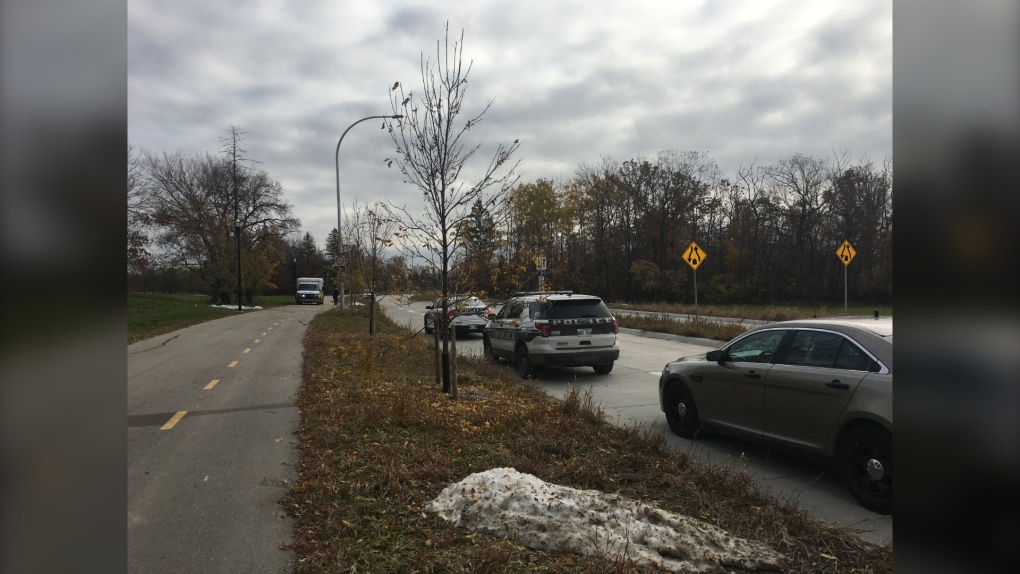 Police are on scene at Pembina Highway near the area of Markham Road and Thatcher Drive. (Beth Macdonell/CTV News Winnipeg)

WINNIPEG - Winnipeg police responded to a medical incident in the 2100 block of Pembina Highway shortly after 10 a.m.

Police said officers responded to a medic call at 10:05 a.m. Saturday. A spokesperson with the Winnipeg police said as of Saturday afternoon, officers were still on scene. Police call it a “large scene”, but cannot provide further details at this point.

CTV News observed yellow tape in a wooded area and multiple police cruisers, as well as an ambulance in a green space between Markham Road and Thatcher Drive.

Police tell CTV News they are are unable to make any comment regarding suspicions the scene is linked to Taylor Pryor’s disappearance.