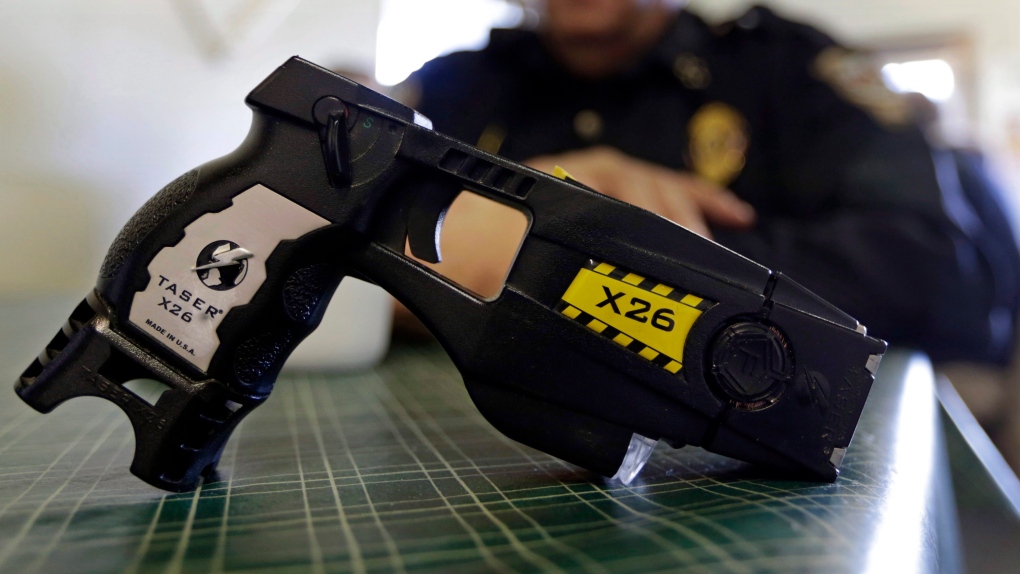 In the incident, a woman was hit with a Taser.  Police say the suspect is still at large.

It happened at around 12:45 a.m., when officers were called to a robbery in a parking lot at the corner of Meadowood Drive and St. Mary’s Road.

Police said the woman had just arrived at her parked car when she was dragged out of the driver’s seat and hit in the leg with the weapon.

The male who hit her got away with her car, a 2018 white Chevrolet Cruze and her cell phone.

Police are unable to say where the Cruze was found, due to the ongoing investigation.

Police said the suspect was described as being white, five foot eleven to six feet in height with a medium build and around 21 to 22 years old.

Officers with the Winnipeg Police Service’s major crimes unit are investigating and ask anyone that can help to call 204-986-6219, or submit a tip through Crime Stoppers.