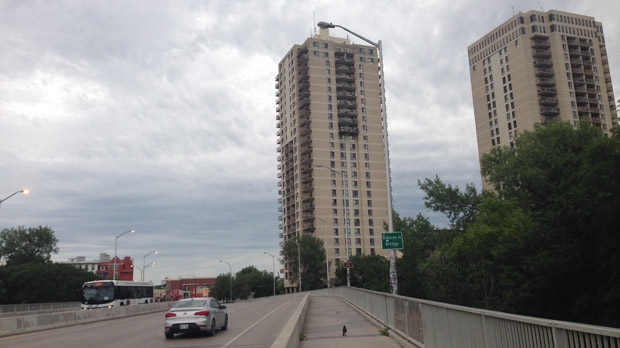 The Winnipeg Police Service said they were called at 5:30 a.m. on Aug. 13 to the southeast sidewalk of the Osborne Street Bridge. (File Image)

Winnipeg police are investigating after a man found severely hurt on the Osborne Street Bridge earlier this month died in hospital.

The Winnipeg Police Service (WPS) said they were called at 5:30 a.m. on Aug. 13 to the southeast sidewalk of the bridge.

Officers and emergency services found a man with severe trauma to his upper body.

Police say he was transported to hospital in critical condition, but died of his injuries on Sunday.

WPS identified the victim as Sydney Frederick Chubb, 28, from Winnipeg. His death is the 34th homicide in Winnipeg this year.

The major crimes unit is investigating, and ask for help from anyone walking or driving in the area at the time of the incident.

Additionally, any residents with surveillance footage or motorists with dash cam footage are urged to call investigators at 204-986-6219 or Crime Stoppers at 204-786-8477.