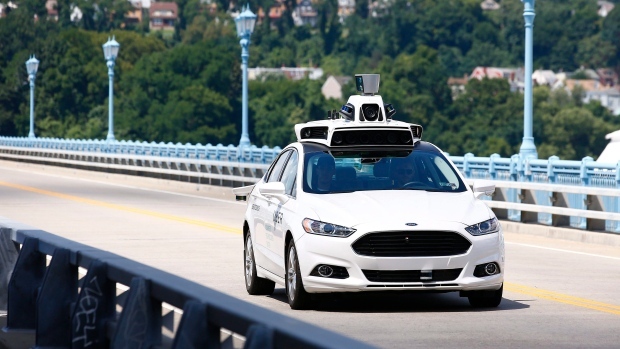 The Manitoba government is set to bring forward legislative amendments that would pave the way for testing and using autonomous vehicles on provincial highways.

“The rapid technological advances being achieved by carmakers in regards to autonomous vehicles must be met by legislation allowing for their use in our province,” Schuler said in a news release.

“We will meet those challenges and seize the opportunities relating to autonomous vehicles by bringing forward these proposed amendments.”

According to the provincial government, Manitoba’s Highway Traffic Act was written on the basis of a human driver being in physical control of a vehicle.

As a result, proposed amendments to the HTA will be brought forward that would allow projects on research and testing of vehicles and vehicle technologies on Manitoba highways.

Schuler said the long-term goal is to develop regulations allowing public use of high-level, automated vehicles.

The Minister was in Ottawa Monday for meetings with federal and provincial highway and transportation ministers. According to the province, Schuler and his counterparts endorsed a report on automated vehicles, with the minister agreeing to develop a strategy to allow their testing and overall integration on public roads.

The province said they also discussed the upcoming legalization of marijuana, with enforcement and public education being cited as top priorities.