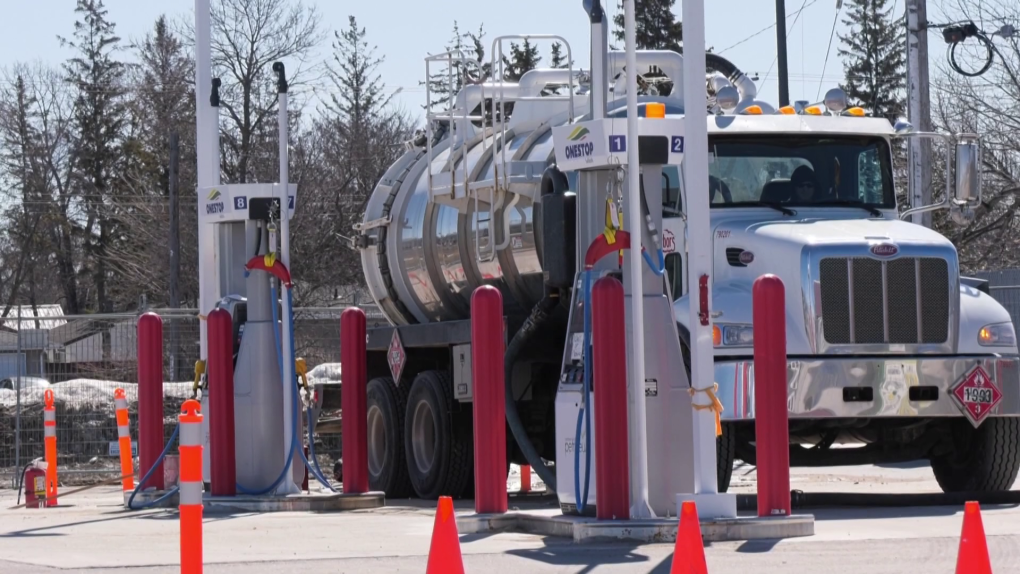 A gas station in Selkirk is closed due to a fuel leak on the site. According to the province, 30,000 litres of gasoline leaked in the area as of April 1. (CTV News Winnipeg Photo)

An investigation is underway after tens of thousands of litres of gasoline leaked at a Selkirk gas station.

The gas leak at the station on Manitoba Avenue, which is owned by Peguis Development Corporation, was reported to the province on March 31.

“We have retained experts including engineers to assess the situation and they are running appropriate tests to determine the size and origin of the leak,” a spokesperson for Peguis Development wrote in a statement. “This gas station was newly built and there appears to have been some deficiencies in the original construction based on our early assessments.”

The company said they are committed to cleaning up the gas leak and restoring service at the site as quickly as possible.

A spokesperson for the province said as of April 1, 30,000 litres of gasoline has been recovered, and cleanup and remediation is underway.