RCMP looking for man who robbed Selkirk business with knife 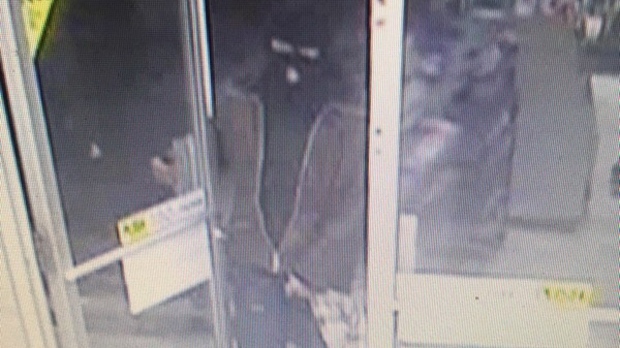 The RCMP are seeking the public's help in finding this man who allegedly robbed a Selkirk business at knifepoint.

The RCMP is seeking the public’s help as it investigates a robbery in Selkirk Saturday.

Mounties said a man entered a business on Morris Avenue just before 7:30 p.m. wearing a mask and wielding a knife, demanding items from the cashier.

He later took off on a bicycle.

RCMP said later that night just after 11 p.m., a man entered a business on Main Street wearing a mask and carrying a knife.

He walked around erratically and left without taking anything.

RCMP can’t confirm whether the two incidents are connected or if they’re looking for the same suspect.

The suspect in both robberies is described as a man wearing a black balaclava, between 5’5” and 5’9” in height, slim build, and in his 20s or 30s.

In the second incident, the suspect is also wearing a brown winter jacket, blue jeans with holes, and black shoes.