RCMP has released a surveillance video of a migrant family from India who were found dead near Emerson, Man. in January, as they attempt to track the family’s movements in the week leading up to their death.

The bodies of Jagdishkumar, Vaishaliben, Vihangi and Dharmik were found on January 19 approximately 12 metres from the Canada/U.S. border. The family of four died due to exposure. RCMP believe they were dropped off near the border and were attempting to enter the United States on foot with a larger group of people, but they became separated.

On Friday, RCMP released surveillance video from Pearson Airport in Toronto taken on January 12, 2022. The video shows the family, who arrived from a flight from Dubai at approximately 2:30 p.m., leaving the airport. 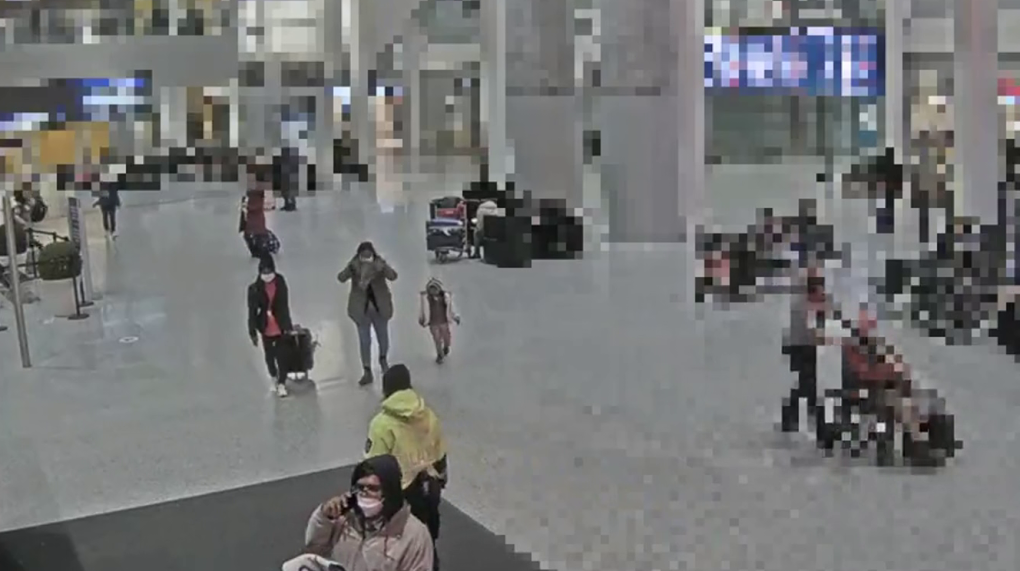 The Patel Family is seen on a surveillance video taken at Pearson Airport in Toronto on January 12, 2022. (Submitted photo: RCMP)

Corporal Julie Courchaine with the Manitoba RCMP said investigators are trying to determine how the family made it’s way from Toronto to Emerson, specifically looking for their whereabouts between January 15 and 19.

“They moved across from Toronto to Emerson, that’s over 2,000 kilometres,” she said. “We know that people assisted them; we just need those people to come forward or to leave tips and information on that.”

RCMP said the family’s travel from India to Canada was well-organized and likely run by a human smuggling network. They believe secure messaging applications were used to communicate.

The Patel family was picked up at the airport by a private vehicle. They moved a few times while in Toronto, staying at both a private accommodation and hotels. The family at times used ride-share apps to travel between these various accommodations.

Investigators have examined all forms of travel between the two cities, including air, bus and rail.

Courchaine adds investigation into human smuggling is complex, as it involves multiple countries and law enforcement partners, and witnesses may not be as forthcoming.

“It could be that maybe some of these people were in the country illegally and they have some fear there,” she said. “But again, we're just encouraging anyone to come forward.”

Courchaine said it’s important for people to come forward with anything they know.

“These are people, they have families, they have friends, and we just hope that people can give us some information, so we can figure out exactly how this happened, and who facilitated this,” she said.