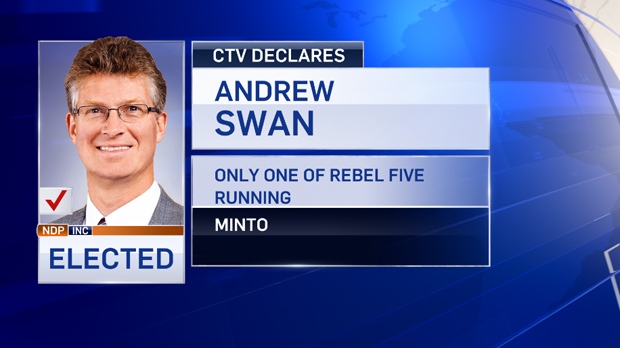 The only remaining member of the Rebel Five has held on to his seat. Andrew Swan was re-elected in the constituency of Minto.

Swan was one of five cabinet ministers who tried to oust Greg Selinger as leader in 2014.

The riding has been an NDP stronghold since its inception in 1999. Swan has held the riding since 2004, winning the last provincial election with 66 per cent of the vote.