Residents voice concerns over proposed bylaw in RM of Reynolds 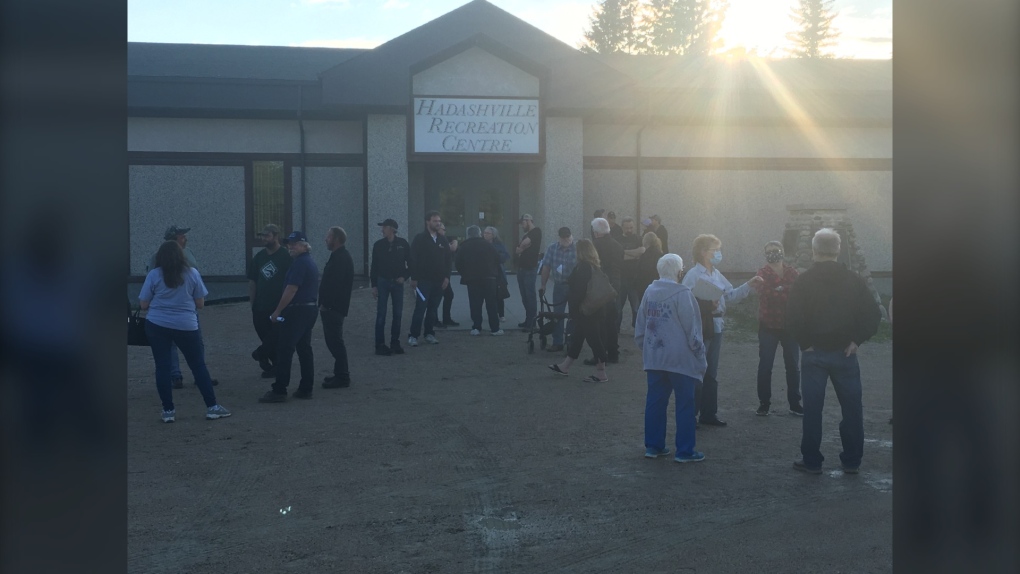 HADASHVILLE -- A heated council meeting was held Tuesday night in the RM of Reynolds over a divisive proposed bylaw meant to crack down on so-called “unsightly and nuisance” properties.

Around 30 community members poured into the Hadashville Recreation Centre, to voice their concerns about the bylaw, which opponents say goes too far.

“I think it’s too intensive,” said resident Ethel Hansen. “I’m not sure that a bylaw to some degree is not called for, but it has a lot of overreach.”

The “Unsightly and Nuisance Property” bylaw sets out a “minimum standard to regulate derelict, abandoned and unsightly property within the municipality,” which includes clamping down on the removal of scrap metal and salvage cars on yards.

Those who attended the town hall said the bylaw singles out rural property owners and left the public out of consultations.

“There was so much secrecy involved in it,” said Joaline Labossiere who lives in Ste. Rita, Man.

“I don’t mind the idea of cleaning up our yards... but there is a better way to go about doing it, instead of during a pandemic where people are laid off and not working, and not knowing where their next meal is coming from, they’re looking at fining people.”

Some of the councillors who support the bylaw say it will protect against fires and also increase property values.

Councillor De-Ann Holmes said there have been four fires recently in her ward and that derelict cars, gas and propane tanks threaten to “endanger the community.” Holmes represents Ward 3 and said many of her constituents support the bylaw.

Reeve Trudy Turchyn, who has held that position for the past year and a half, said she opposes the bylaw. “There are concerns from some councillors properties are unsafe and need to be dealt with, whether the bylaw goes too far, that’s what some of us are concerned about.”

Turchyn said farmers are especially concerned. “Everybody has a scrap pile, they recycle from and are worried somebody is going to come and take all their supplies.”

Turchyn said fines could reach $1,000 per day for every day residents aren’t in compliance, but there would be an appeals process.