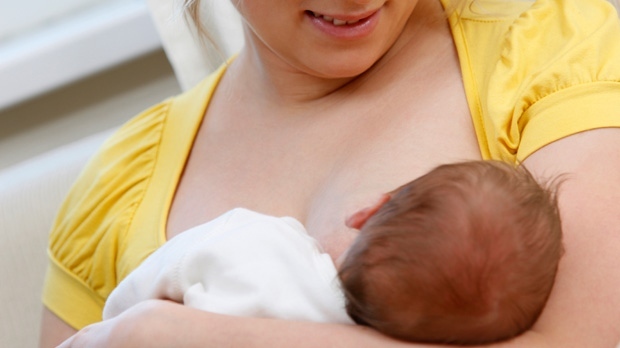 The research published this week in The Journal of Pediatrics found that children who were exclusively fed at the breast until they were three-years-old had the lowest risk of asthma. (File image)

Mothers who breastfeed their babies directly rather than use infant formula or expressed breastmilk may be better protecting their children from asthma, according to research from CHILD Study.

The research published this week in The Journal of Pediatrics found that children who were exclusively fed at the breast until they were three-years-old had the lowest risk of asthma.

“It is increasingly common for infants to be fed expressed breast milk, especially in countries that do not offer paid maternity leave,” lead researcher and University of Manitoba assistant professor Meghan Azad said in a release.

The study looked at data from 2,534 infants and their mothers. The infants were classified into four categories once they reached three months of age: breastmilk only (all direct breastfeeding), breastmilk only (some expressed breastmilk), infant formula and breastmilk, and formula only.

Then once the infants turned three-years-old, they were assessed for asthma.

Researchers found that the asthma risk was lowest among infants who were given direct breastmilk only, with an 8.8 per cent risk. Among babies who received some expressed breastmilk, 12.5 per cent were at risk, while 14. 9 per cent of those who got breastmilk and formula were at risk. For formula only-fed infants, the risk was highest at 15.8 per cent.

There are a number of factors at play for why the risk varies depending on different breastfeeding methods, according to U of M pediatrician Annika Klopp.

“Refrigeration, freezing, thawing and heating­—routine steps between pumping and feeding—may degrade the bioactive components of breastmilk which help protect against asthma,” said Klopp. “Another possibility is that infants who are fed at the breast develop stronger lungs through the physical act of suckling, and this could explain the difference in asthma risk.”

Researchers said the findings suggest that programs and policies for direct breastfeeding could have a more meaningful impact on preventing the disease in the future, such as paid maternity leave.