Scrapbook with letters from WWII soldiers from Winnipeg found in Calgary 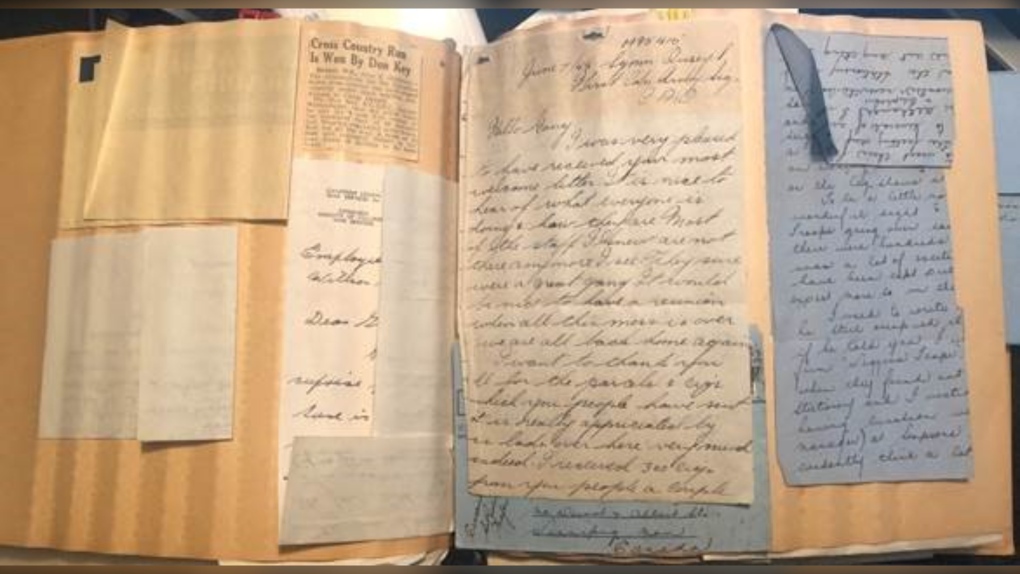 A scrapbook containing letters from Winnipeg soldiers during WWII has made its way back to the city after being found in a building in Calgary.

Ian Stewart, the curator at the Royal Winnipeg Rifles Museum, said he was contacted about the scrapbook while the museum was closed during the pandemic.

"It was found in an old branch office of Willson's in Calgary," said Stewart.

"The story is, a company owned by a Mr. Travis Peckham was clearing the building site and found this scrapbook and they reached out to us to see if we were interested in the book, and, of course, we were."

According to a document in the City of Winnipeg Archives, Willson Stationery Company was founded in Winnipeg in 1903 and later opened branches in Saskatchewan and Alberta.

The scrapbook contains letters and newspaper clippings about 25 men from Manitoba battalions.

"They were all employees of the Willson Stationery Company, or some of them might have had an association with the company through a relative," said Stewart. "You can't tell that from a lot of the letters because they just have a name in them."

Most of the letters were sent from 1943 to 1945 and thanked the staff at Willson Stationery Company for Christmas parcels and cigarettes. 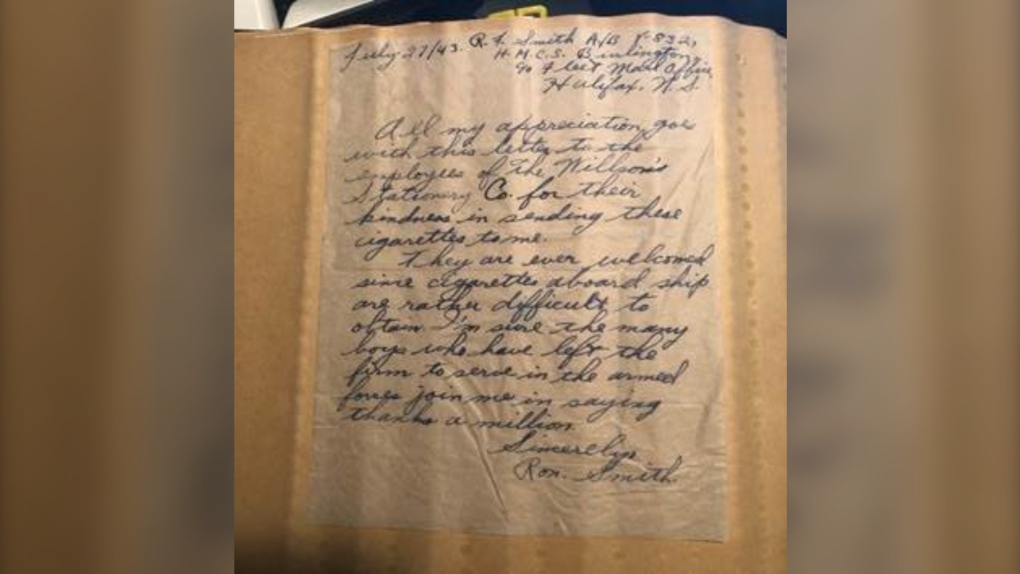 Stewart said the letters often apologized for the late reply as sometimes the parcels came late if the soldier was moving around.

"We can see a sense of community and common purpose in supporting these men over the years and how they appreciated the parcels and being remembered by their colleagues," he said.

The letters detail how the men travelled across the world for the war effort.

"They served on ships guarding the convoys across the North Atlantic, and that supported the D-Day Invasion in 1944 and also on the west coast," noted Stewart.

"One letter from Lt. Jack Martin talks about him contracting malaria in North Africa in 1943, and he may have been one of a group of Canadian officers sent to Africa for combat training." 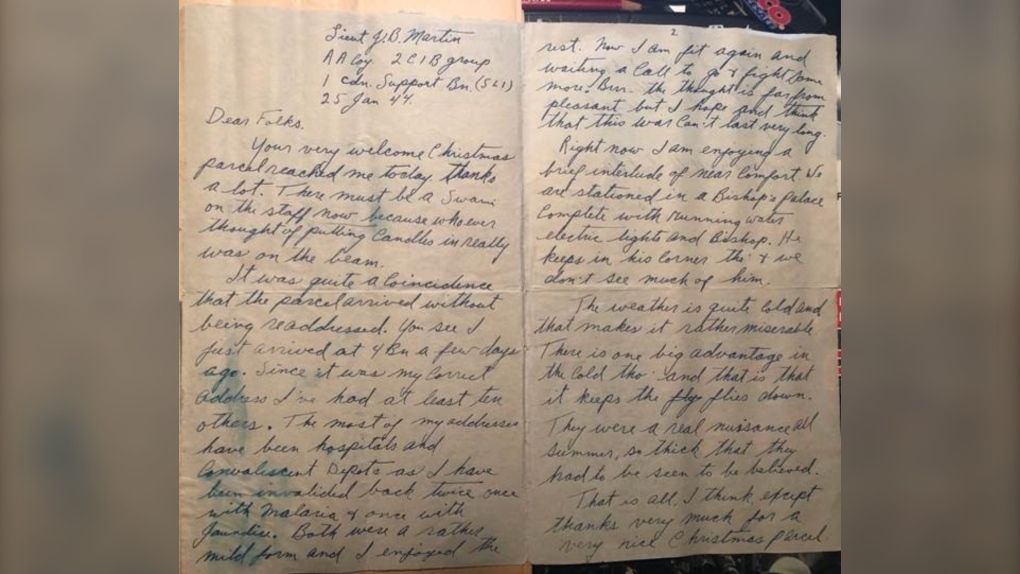 Of the 25 men, Stewart said only one of them died in combat.

"One of these men was 25-year-old Spitfire pilot Gordon Lyons, who was shot down on May 28, 1942, over Egypt. He may have been the only Willson's employee killed but I don't know for sure without doing more research."

Stewart said the letters offer a rare view of Winnipeggers' experiences during WWII.

"I've really enjoyed looking through this and it gives you another perspective on the war. A different sense of what was happening in WWII for ordinary people from Winnipeg."

The scrapbook will now be placed into the Royal Winnipeg Rifles Museum's archives until a researcher needs it as a resource.

"But, you know, it may sit there for a long time before anyone else looks at it other than me," said Stewart. "Hopefully, I might hear from somebody who might be able to tell us more about the company and the war and about these young men who went all over."