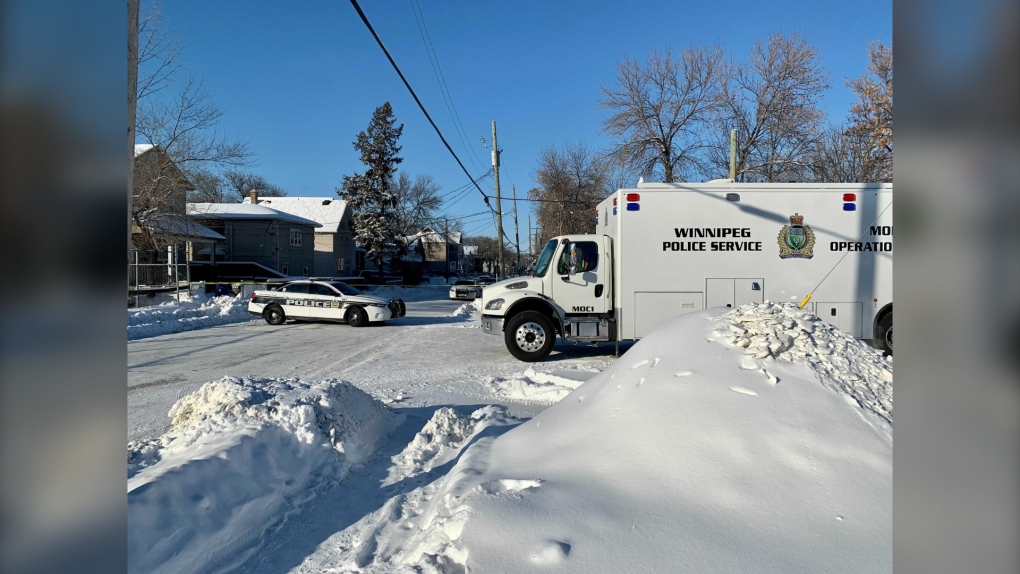 Winnipeg police investigate a death in a home on Alexander Avenue on Dec. 31, 2021. The death is Winnipeg's 43rd homicide of 2021 (CTV News Photo Scott Andersson).

Officers with the Winnipeg Police Service have arrested a second suspect in the murder of a 43-year-old man.

On Sunday night, officers arrested Ryan Joseph Roulette in the 200 block of College Avenue. He was then turned over to the homicide unit.

Roulette had been identified as a suspect in the death of Robert Randall Anderson. He has now been charged with several offences, including second-degree murder.

Police previously arrested another suspect in the homicide, James Houle, following a four-hour standoff in the 500 block of Manitoba Avenue last week.

According to the Winnipeg police, the homicide took place on Dec. 31, 2021, when two suspects armed with guns went to a home in the 300 block of Alexander Avenue where Anderson was confronted. Police said a fight occurred and Anderson was shot and killed. The suspects then left the scene.

Winnipeg police have determined that Houle and Roulette were known acquaintances of the homicide victim.

None of the charges in this incident have been proven in court.