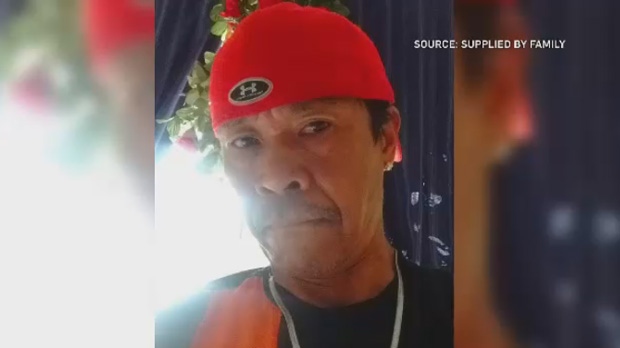 Joselito Fernandez, 53, was known by friends and family as ‘Lito.’ Photo supplied by family.

A Winnipeg man who was shot and killed Thursday is being remembered as a hard-working family man by those who knew him.

Joselito Fernandez, 53, was known by friends and family as ‘Lito.’

He was pronounced dead in hospital after being found shot near a rail line in the area of the 1000 block of Selkirk Avenue around 3 a.m. Thursday.

He had no history with police, and investigators want to hear from anyone in the area with surveillance systems in place or who may have seen something unusual.

His daughters, Judy Cook and Jaine Fernandez, told CTV News he came to Canada from the Philippines 30 years ago and worked hard his entire life to provide for his family.

"All and all, he was a really good guy. He was really proud of me and Jaine. He was just a good guy," said Cook, who also said her father “did all he could to kind of give us everything we needed.”

“He was a proud father. Every time me or my sister would go to his work, he would show us off,” said Jaine Fernandez.

Joselito Fernandez had worked in many restaurants, including InFerno's Bistro, where he spent years working in the kitchen.

His coworkers are remembering him as a hard worker with a big smile.

“Lito was always -- if you needed help he was always there. Very dependable, hard-working individual,” said InFerno’s Bistro's Fern Kirouac.

“It's really sad. The thing about small restaurants is it's very much like a small family, right? So you have people that come and go, but there are people that you remember and he was one of those guys that you definitely remember,” said InFerno’s Bistro's Chris Kirouac.

Cook said her father was most proud of being a grandpa to a girl named Jade.

“His granddaughter was his pride and joy, it was his first and only so he really adored her,” she said.

-With files from CTV’s Jeremie Charron