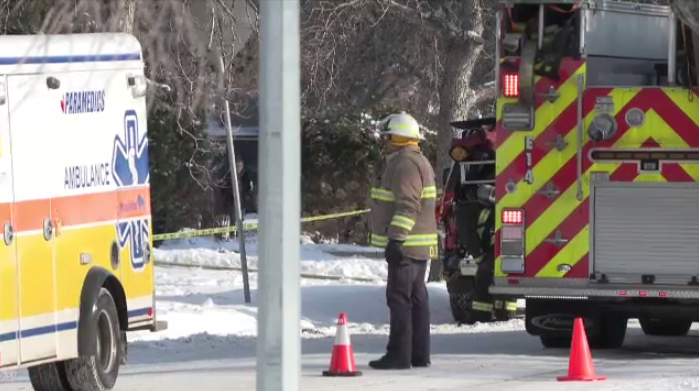 Everyone got out of the home safely. Paramedics assessed one patient at the scene, but they did not need to be taken to hospital. (Source: Zach Kitchen, CTV News)

Fires crews are cleaning up after a house fire in Southdale Sunday morning.

It happened just after 11:30 a.m., when Winnipeg firefighters were called to a two-storey home in the 100 block of Shamrock Drive.

At the scene, crews saw flames and smoke coming from the home. Firefighters attacked the fire from the inside. The fire was under control at 12:20 p.m.

Everyone got out of the home safely. Paramedics assessed one patient at the scene, but they did not need to be taken to hospital.

Investigators believe the fire was caused by the use of a small appliance. The damages to the home were mostly contained to the area of the fire.

Ottawa police and Bylaw Services are telling residents and visitors they will be taking a zero-tolerance approach to parking, noise and fireworks violations downtown this weekend, on the one-year anniversary of the 'Freedom Convoy' demonstration.