The statues were taken down during events held at the Manitoba Legislature grounds in honour of the Indigenous children who died at former residential schools.

The statue of Queen Victoria was coated in red paint and the base covered in red handprints.

The Queen Victoria statue was first unveiled on the grounds in 1904.

Our ppl took down the queen Elizabeth statue here in Winnipeg💯 pic.twitter.com/Ppsxg4sfeW 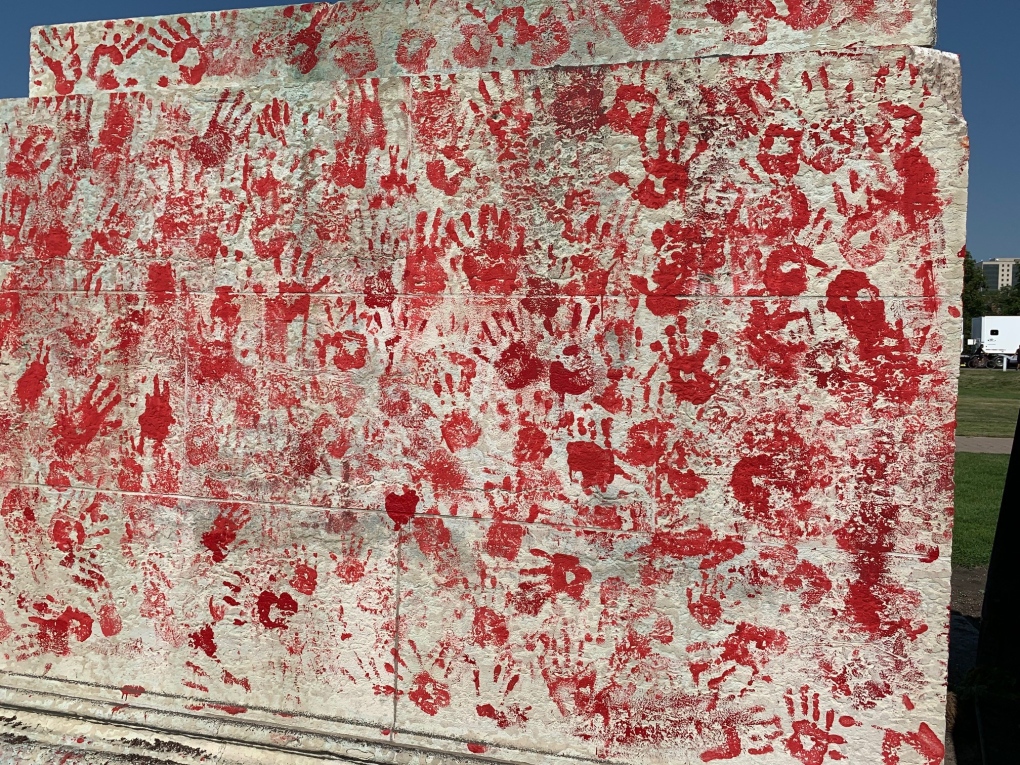 The base of the Queen Victoria statue outside of the Manitoba Legislature which was toppled on Thursday, July 1, 2021. (Source: Gary Robson/CTV News)

A second statue of Queen Elizabeth II was also toppled during the same event. That statue is located next to the Government House.

There is no word if either of the statues have been permanently damaged.

Winnipeg Legislative They Pulled down the Queen Victoria Statue pic.twitter.com/oObs5ZxrE8 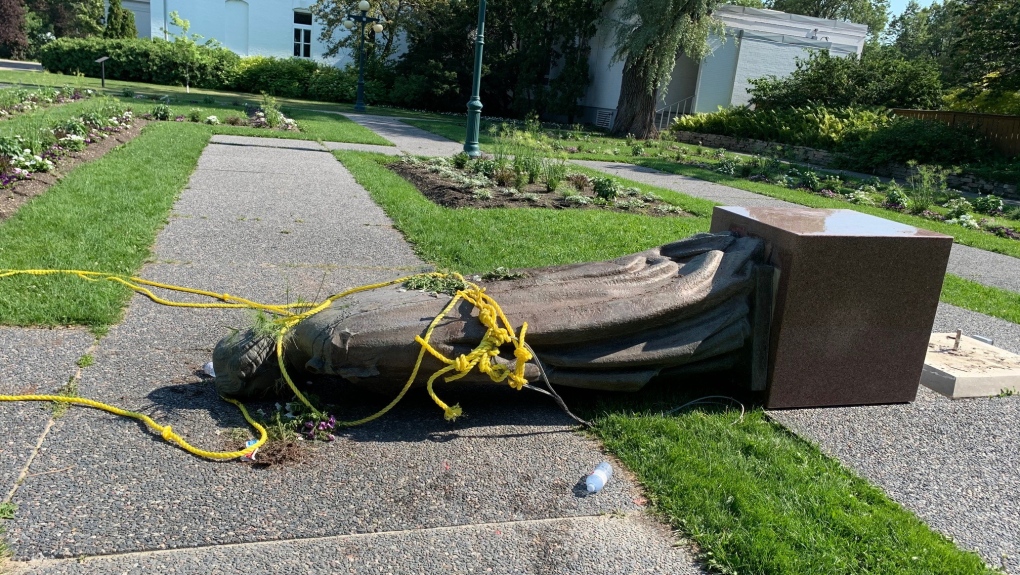 Today in Anishinaabe Territory.
No pride in #genocide! ✊
Queen Victoria Statue taken down in front of the MB Legislative. pic.twitter.com/nQj2Vqz3HD

“They are a major setback for those who are working toward real reconciliation and do nothing to advance this important goal,” the premier said.

“Those who commit acts of violence will be pursued actively in the courts. All leaders in Manitoba must strongly condemn acts of violence and vandalism, and at the same time, we must come together to meaningfully advance reconciliation.”