Teen arrested after bringing an imitation gun to school in Brandon, Man. 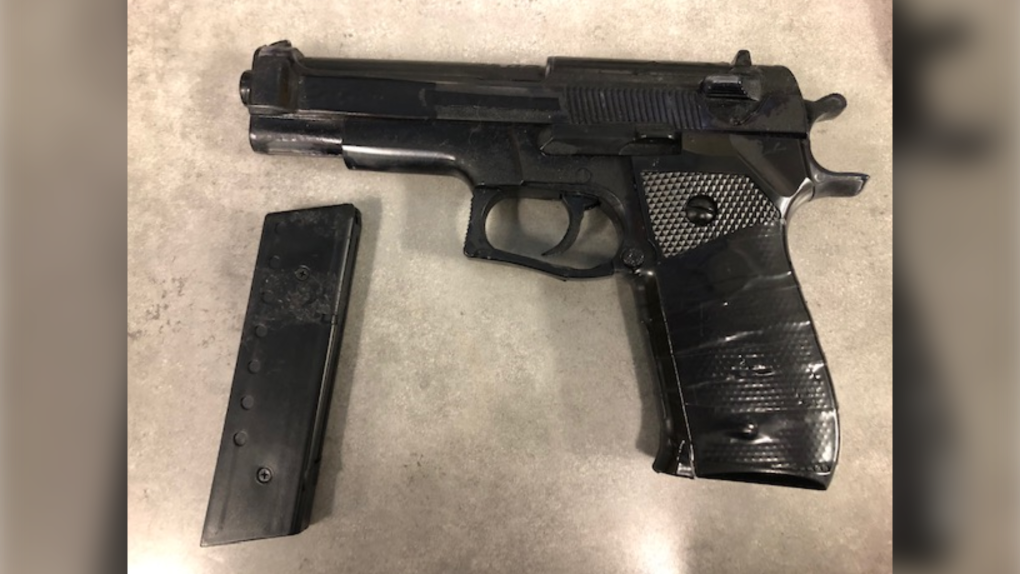 WINNIPEG -- A 14-year-old boy is in custody after bringing an imitation gun to his school and showing it off to his friends, Brandon police say.

On Thursday around 11:15 a.m. staff at the Crocus Plains Regional Secondary School in Brandon, Man., called the school's resource police officer saying they believed a student was carrying a handgun and showing it off to other students.

Police arrested the teenager less than a half-hour later, alleging the imitation airsoft handgun was found in the waistband of his pants.

Police said there was no ammunition in the weapon, and there were no reports that he shot the gun, threatened, or intimidated other students.

The boy was charged with possession of a weapon and carrying a concealed weapon. The charges against him have not been tested in court.

The teen was taken to the Brandon Correctional Centre and was scheduled to appear in court on Friday.