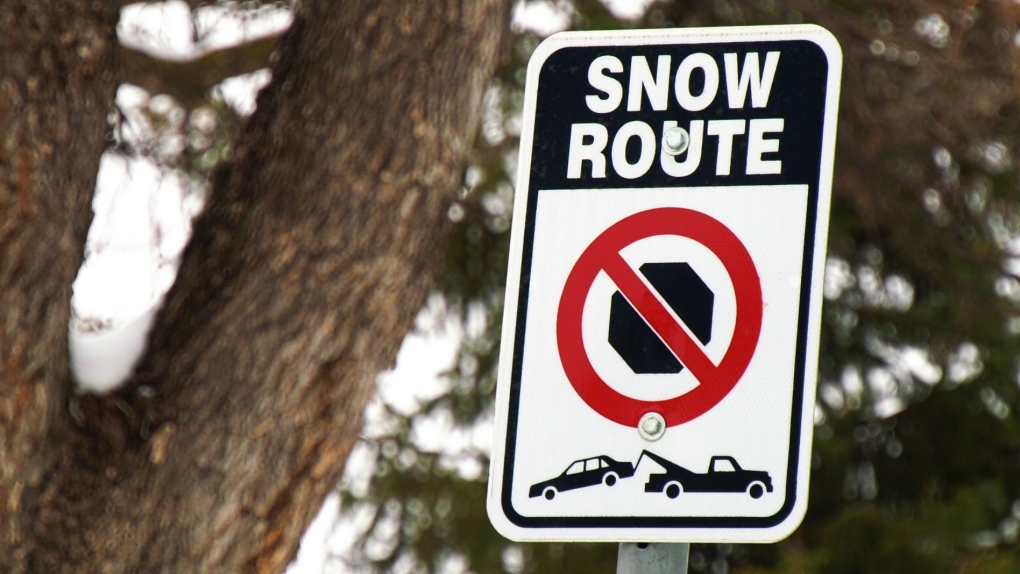 The City of Winnipeg is making changes to its annual snow route parking, including extending when the ban starts and ends.

With the previous ban, drivers were not allowed to park on designated streets between 2 a.m. and 7 a.m. daily from Dec. 1 until the last day of February. The dates of the ban did not change from year to year no matter the weather conditions.

The new winter route parking ban will still be in place from 2 a.m. to 7 a.m. when in effect, but the ban will now start on or at any time after Nov. 1 based on weather conditions. The city notes it will give seven days’ notice of the ban coming into effect.

The new winter route parking ban will be lifted in the spring when it is no longer needed, but can remain in place until the end of April.

The city is currently updating on-street signage to say ‘winter route’ rather than ‘snow route,’ and expects it will take several months to update all the signs in the city.

If a driver comes across either sign this winter, it means that parking is prohibited while the winter route parking ban is in effect.

The city urges drivers to check streets for winter route ban or snow route ban signs before they park overnight. If you are unsure, you can check online, by contacting 311, with the Know Your Zone phone app, or with the city’s interactive winter route map.

If the city declares an extended winter route parking ban, it means overnight parking is further limited on designed routes. This ban is declared when crews need extra time to complete operations, which is usually after a major snowfall or when there is a lot of snow accumulation.

This ban extends the winter route parking by two hours, prohibiting cars from parking on certain routes from midnight to 7 a.m.