'Their word against our word': Winnipeggers frustrated over high water bills and the inability to fix the problem 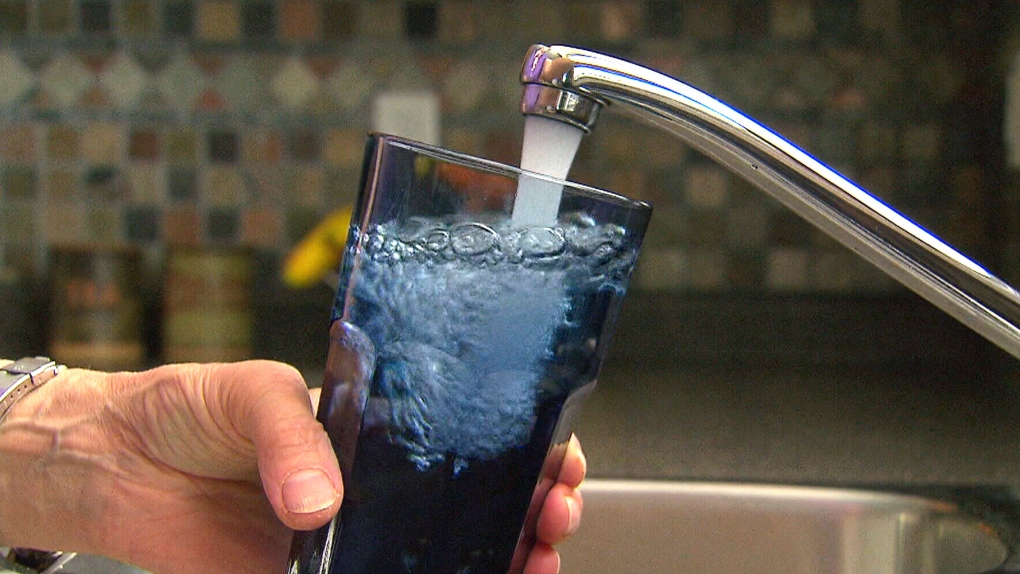 WINNIPEG -- Higher than normal water bills continue to be a problem for some in Winnipeg and they wonder if there is a fix from the city.

Colin and Kerry Flemington said they have received some extremely high bills for a rental property they operate.

Kerry said two different tenants live in the home and usually the bill would average out to around $600 give or take.

But for most of 2020, she said the bills were much higher, costing thousands of dollars.

"The big bill arrived in May. Our first initial bill was $1,700 and it just kept on going up and up and up," said Kerry. 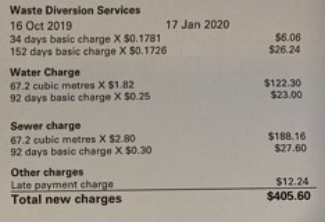 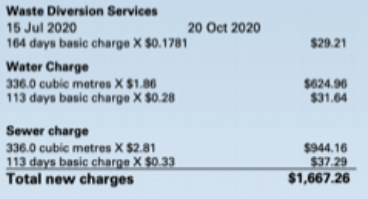 The two said when they received that first bill they right away started checking for leaks and said nothing was found.

Colin said they phoned the city to see if they could find a problem and at first he said they were even surprised by how much water was being reportedly used.

"Even talking to someone on the phone she said, 'Are they filling a swimming pool?' and I said, 'No!'" said Colin.

Colin said they check the meter regularly and report the numbers to the city.

Kerry said they kept trying to explain to the city that there were no problems in the home.

"We couldn't get (the city) to believe us that there was nothing actually leaking," she said.

Eventually, they had the water meter tested to see if there was a problem and the city told the Flemington's that the meter was under-reporting.

"So then we were even more at a loss," said Kerry.

She added that the city told them there was no one they could call to rectify the problem.

"It was just their word against our word and we have no sort of way to get them to believe us."

As the couple continued to try and figure out a solution, they said they separated the meter so that there were two in place—one for each tenant living in the home.

They said by the time the meters were put in, their bills had accumulated to over $7,000.

"As soon as they split the meters … all of a sudden the consumption is back to normal. Nothing else has changed except there is two new meters," said Kerry. 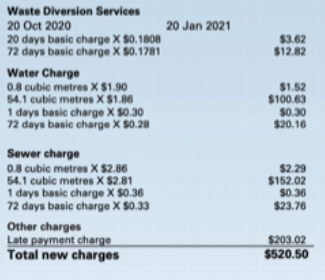 Kerry and Colin said they are not paying the more than $7,000 that they have been charged and they are looking to find a way to fight it.

CTV News Winnipeg has also spoken to another man who says he has also experienced higher than normal bills.

Rogelio Gratito said his family usually has bills that stay below $300 with some being as low as $180, but the bill they received in January 2021 was over $850. 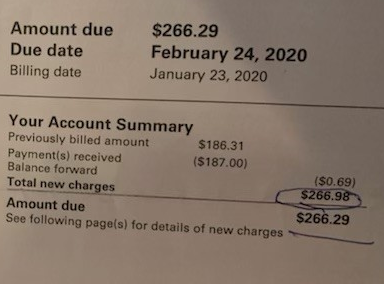 "We have checked the faucet, our washroom and we couldn't find any leak," said Gratito.

He believes that there is a problem with the water meter but has been told it wouldn't be checked because of COVID-19. 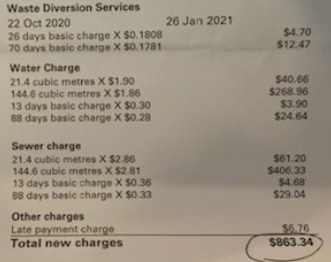 "I'm questioning when there is an emergency like this, how could you not give us someone to help us."

He said when he calls the city, they have told him he doesn't have many other choices than to pay the bill.

Gratito is worried that if the problem isn't fixed soon, he could see an even higher bill next quarter.

Coun. Brian Mayes, who is the chair of the city's water, waste and environment committee, said he has heard about a few claims of extremely high bills.

He said it is concerning to know that some Winnipeggers have dealt with high bills.

"It's unusual to have this many at once," said Mayes.

He believes that there could be some problems right now because of COVID-19 and the inability to check on homes experiencing problems.

If people have been following all the steps to report their meter readings and they are still having high bills, Mayes has some advice for them.

"I think call your councillor," he said. "Sometimes there are some innocent explanations for these."

CTV News Winnipeg reached out to the city to speak with the director of water and waste, but was told an interview would not be possible.