'There's going to be hardly anyone': How COVID-19 is affecting tourism in Churchill 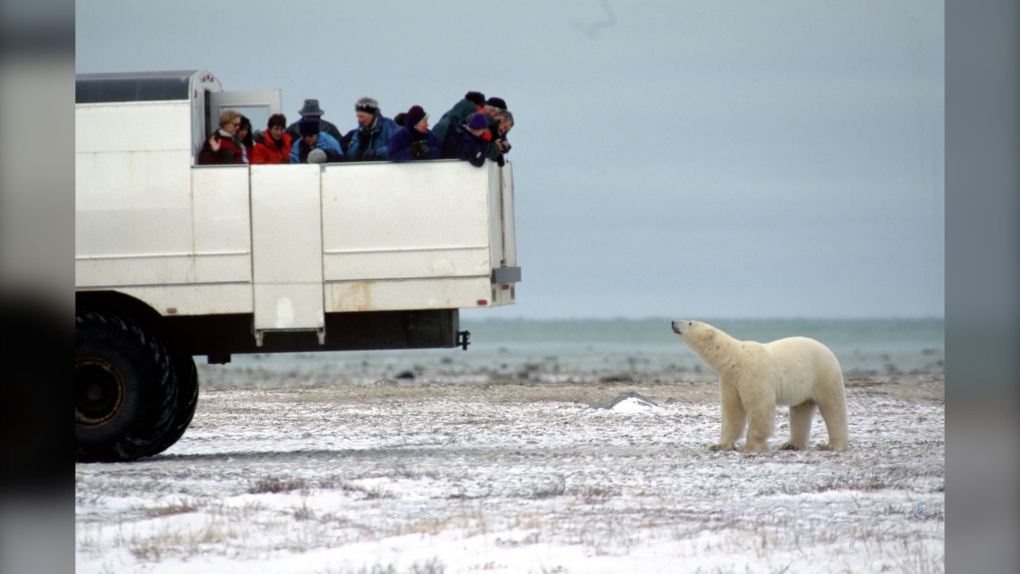 WINNIPEG -- COVID-19 has presented several challenges in 2020 and has left people with more questions than answers.

Now, as we progress into the back half of the year, more questions are being raised, some of which are focused on the town of Churchill, Man.

As the colder months come for the town, it usually means business picks up, as people from around the world want to explore the north and get up close and personal with polar bears.

However, with COVID-19, the Canadian border is closed which limits who can actually explore the Great White North.

Kyle Walkoski, who is the president of Great White Bear Tours, said due to border closures he expects to lose about 90 per cent of business this year.

"We're going to be closer to the hundreds. About a hundred guests maybe. It's a wash, there's going to be hardly anyone," said Walkoski.

He said his business, which provides tours to visitors in large vehicles to go see the polar bears, usually sees about 5,000 tours a season.

He noted that the majority of his business comes from the United States and right now, they have to rely on Manitobans and Canadians.

John Gunter, the president and CEO of Frontier North Adventures, is seeing a similar situation, noting the company has had to switch its focus to Manitobans and western Canadians, instead of the international crowd.

"We have been prepared all year to host way fewer guests this year than we have in past years," said Gunter.

Manitoba currently has travel restrictions inside the province, as people are not allowed to travel north of the 53rd parallel, but there are exemptions to that rule and Churchill is one of the exemptions.

THE UNCERTAINTY OF COVID-19

Bruce Erickson, who is an assistant professor in the department of environment and geography at the University of Manitoba, said the lack of international tourists will have economic impacts on places that rely on tourism, but he noted there is also a lot of uncertainty on what else could happen.

He pointed to the Manitoba travel ban and how it could deter people from heading north.

“The recent northern Manitoba travel ban adds another layer of uncertainty for tourists planning a trip to Churchill. The ban is not supposed to limit tourists to Churchill provided they travel directly to the town, but it might cause them to wonder if more restrictions might be imposed before their travel time," said Erickson.

However, Gunter believes people could be deprived from not travelling as much in the summer, and therefore they might be interested in heading to Churchill.

"There might be a lot of Manitobans out there who didn't get to go down to Vegas, or to L.A., or to New York, or to western Europe…So there might be this pent up demand of Manitobans who are interested in experiencing what is known all over as a world-class destination in Churchill," said Gunter.

Gunter added they don't want to be negative and want to stay optimistic and are currently planning for 2021 and 2022 as if things will be back to normal by then.

He hopes Manitobans and Canadians will support places like Churchill and that these areas won't be hit as hard.

Walkoski too is remaining positive, noting his business will survive despite the low numbers, but he does hope things will be different for next year and there will be more tourists coming to town.