'They're worthless to anyone else, but they're priceless to us': funeral mementos stolen in broad daylight from Winnipeg man

'They're worthless to anyone else, but they're priceless to us': funeral mementos stolen in broad daylight from Winnipeg man 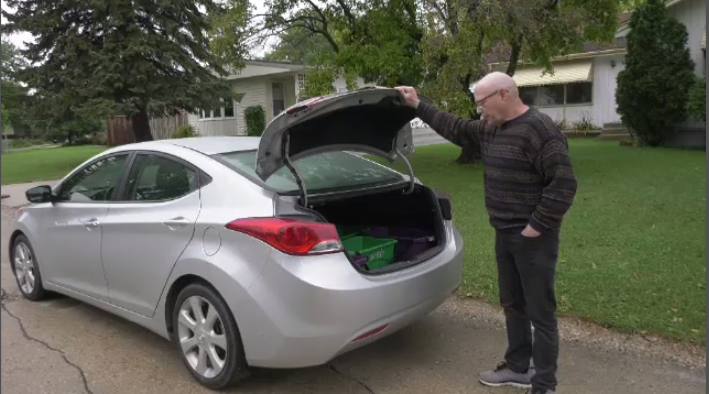 Brule says all of the sympathy cards and the signing book from the funeral were stolen from his trunk while he was shopping. (Source: CTV News Winnipeg)

A Winnipeg man wants a thief - who rifled through his unlocked vehicle in the middle of the day - to return some priceless memories of his deceased parents.

Armand Brule says he and his wife were only in the Pembina Village Safeway for about 20 minutes around noon on Friday, but when they came back out they noticed their car had been rummaged through.

"In the trunk, my sister had just given me all the sympathy cards and signing book from my parent's dual funeral," said Brule. "My dad passed away two years ago. We couldn't have a funeral for him because of the COVID, we were just planning the funeral this summer when my mother suddenly passed away the end of July. So then we had a dual funeral for them on Monday."

Brule says all of the sympathy cards and the signing book from the funeral were gone.

"I doubt very much that there's any money in them because they're sympathy cards, so they're worthless to anyone else, but they're priceless to us," he said. "I just hope they don't throw them away carelessly, and maybe I can get them back somehow."

He says anything else that was taken can be replaced, but he's pleading for the funeral keepsakes to be returned.

Brule admits he forgot to lock the car doors before heading into the store, but is still shocked how quickly the brazen theft happened in the middle of broad daylight.

He is asking folks in the area to be on the look out for a black cloth Safeway bag.