This is an inside look at Winnipeg's 'meth camps'

A bike patrol in St. Boniface is visiting what it calls “meth camps” in an effort to help people living with meth addictions by connecting them with resources and housing.

Every day, volunteers with St. Boniface Street Links cycle along the banks of the Seine River and Red River.

The organization said it has discovered or helped people in about a dozen camps so far this year. 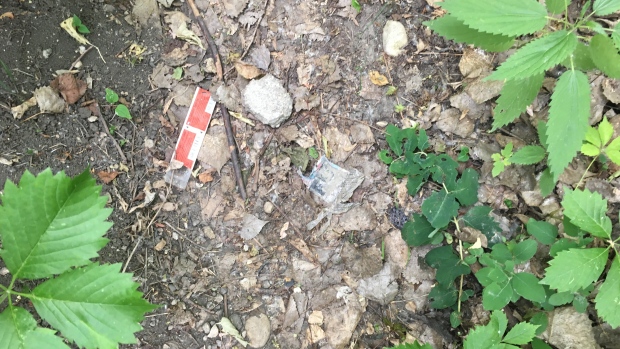 Antoinette Bryan is a psychiatric nurse with St. Boniface Street Links who is a member of the outreach team on wheels.

She said up to eight people may stay at a camp at any given time and the group has been seeing more ‘meth-involved individuals’ in the neighbourhood.

Safety is a major concern.

“The individual, if they experience paranoia, they are very scared themselves, and because they are scared it can lead to violence," said Bryan.

The aim – invite people at the camp to Morberg House, where Street Links is based. If there is no room to stay, volunteers and staff work to find the person another place to go.

She would like to see Winnipeg community groups sit together and have a roundtable discussion about homelessness and meth,

She said the group finds needles, bike parts, and metal wiring at camps and would like to see a solution in place to have the camps cleaned up.

At one abandoned camp near the Red River visited by CTV, Willis said at least three people had stayed since March. 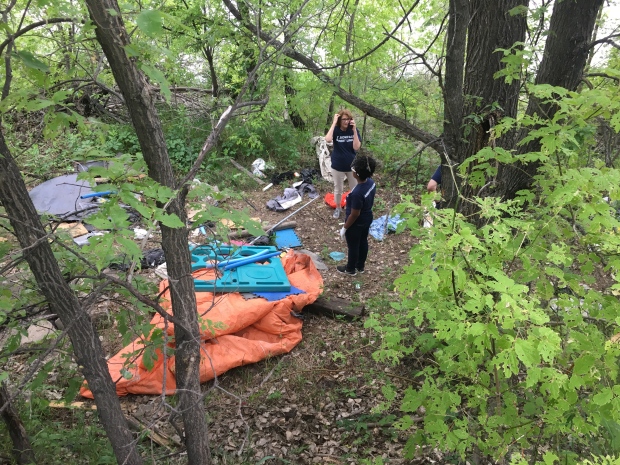 "Over here, our demographic is very different then on the other side of the river, so I think we really need a better understanding about what homelessness really looks likes in neighbourhood,” said Willis.

She said downtown, people tend to be struggling long-term with alcohol and mental health issues.

On the east side of the Red River, people are not necessarily living in camps, they are camping out and using meth.

Willis said she hopes to find more empty camps because it's a sign the people there have been connected with resources and are no longer staying there.

Winnipeg police said Wednesday there could be a couple hundred camps around the city and the term ‘meth camps’ shouldn’t be used.

Sgt. Brian Chrupalo is with the community support unit. He said ‘meth camps’ is a misnomer. 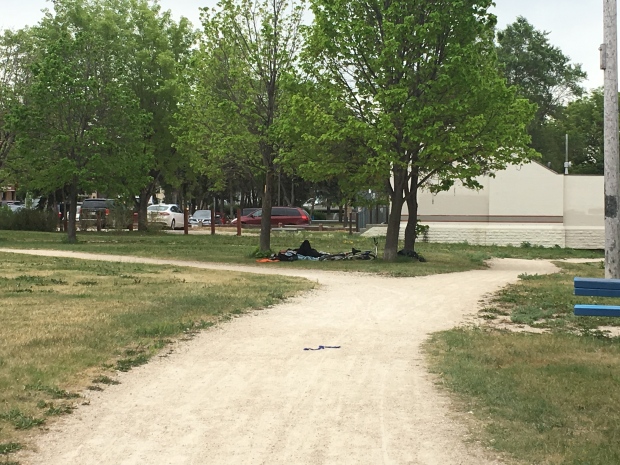 “It type casts a whole group pf people in the wrong light,” he said in a phone call. “Don’t paint everyone with the same brush.”

He said there are two types of campers. In one group people don’t have the ability to be have own their home. The other he called nuisance campers that have mental health issues and use drugs.

New protocol being developed for camps

Main Street Project said there is a lot of stigma around the camps and the people staying outside are not dangerous.

It said new protocol is being developed for people who call 911 and 311 about the camps.

It said calls will be triaged by Main Street Project to community groups who specialize in outreach services.