Tornado touches down in Manitoba, no damage reported: Environment Canada

Tornado touches down in Manitoba, no damage reported: Environment Canada

It was brief, but a tornado touched down in Manitoba, according to Environment and Climate Change Canada (ECCC).

It was on the ground for around four to five minutes and ECCC said there are no reports of damage or injuries.

The weather agency gave the tornado a preliminary rating of EF-0. This means the tornado was weak and caused light damage.

Tornado watches and warnings had been in place Tuesday evening for the areas of Dugald, Beausejour, Grand Beach, Bissett, Victoria Beach, Nopiming Provincial Park, and Pine Falls as well as Whiteshell, Lac du Bonnet, and Pinawa.

As of 10:20 p.m. all tornado watches and warnings had ended. 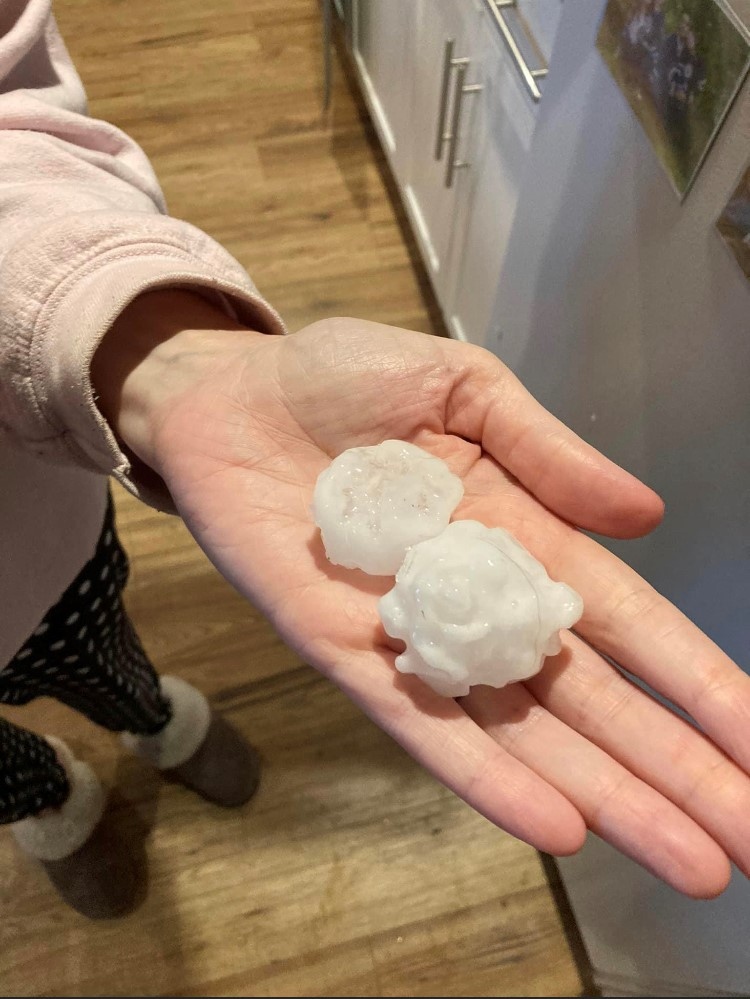 ECCC reported there were wind gusts recorded at 74 kilometres an hour in the Great Falls area.

ECCC said it also received unconfirmed reports of a waterspout on the South Basin of Lake Winnipeg around the same time as the tornado. These reports are being investigated.

As of Wednesday morning, ECCC is reporting the Manitoba community of Komarno received golf ball-sized hail during Tuesday’s storm, while Great Falls was hit with 25 millimetres of rain.

There are currently no weather warnings in place in the province.

ECCC meteorologists continue to look for pictures of any additional tornados or storm damage. To report any information regarding severe weather, Manitobans can call 1-800-239-0484, email storm@rc.gc.ca, or tweet using #mbstorm.

While RCMP says use of spyware is lawful, it's 'extremely intrusive': former privacy commissioner

While the RCMP says its use of spyware is lawful, there is 'no doubt' the covert collection by police of personal and other information from Canadians' devices 'is an extremely intrusive practice,' says former privacy commissioner Daniel Therrien. 'What's at play is the balancing of privacy and other public interests,' Therrien said Tuesday.

Ontario Premier Doug Ford says through his throne speech that more can be done to ease health system pressures, but is not yet offering up any new solutions.

Former U.S. President Donald Trump on Tuesday tried to turn the news of an FBI search of his Florida estate to his benefit, citing the investigation in text messages and emails soliciting political donations from his supporters.

WhatsApp is going to stop letting everyone see when you're online

Two new features being introduced on WhatsApp, which will let you choose who can see when you're active, and to leave groups silently, will start rolling out to all WhatsApp users this month.

opinion | Tom Mulcair: Why Pierre Poilievre's plan to work with provinces to reduce barriers is a good idea

The serious shortage of nurses and doctors has put the spotlight on a long overdue reform to the rules governing entrance requirements for foreign-trained professionals, says former NDP leader Tom Mulcair in an exclusive column for CTVNews.ca.

WestJet is bringing back 17 new routes that were suspended during the COVID-19 pandemic to help travellers escape the cold this winter.

Canada's top military commander says he plans to 'tweak' the Armed Forces' vaccine requirement in the next few weeks.