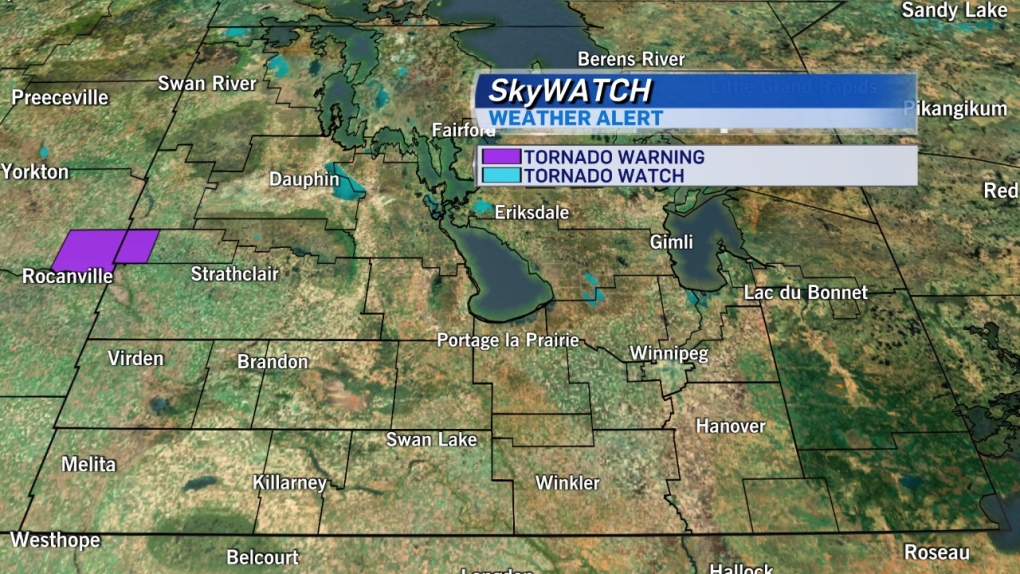 A tornado warning has been issued in Russell, Manitoba.

Environment and Climate Change Canada issued the warning shortly after 8:40 p.m. on Thursday for the Municipality of Russell-Binscarth. The warning said meteorologists are tracking a severe thunderstorm that is possibly producing a tornado, along with damaging winds, large hail and locally intense rainfall.

The warning said the Doppler radar indicates a strong rotation on the storm which, at the time the warning was issued, was five kilometres northeast of Gerald. It said Harrowby and Millwood are also in the storm’s path.

People in these areas should head indoors to the lowest floor away from outside walls or windows.

More information about the warning can be found online.