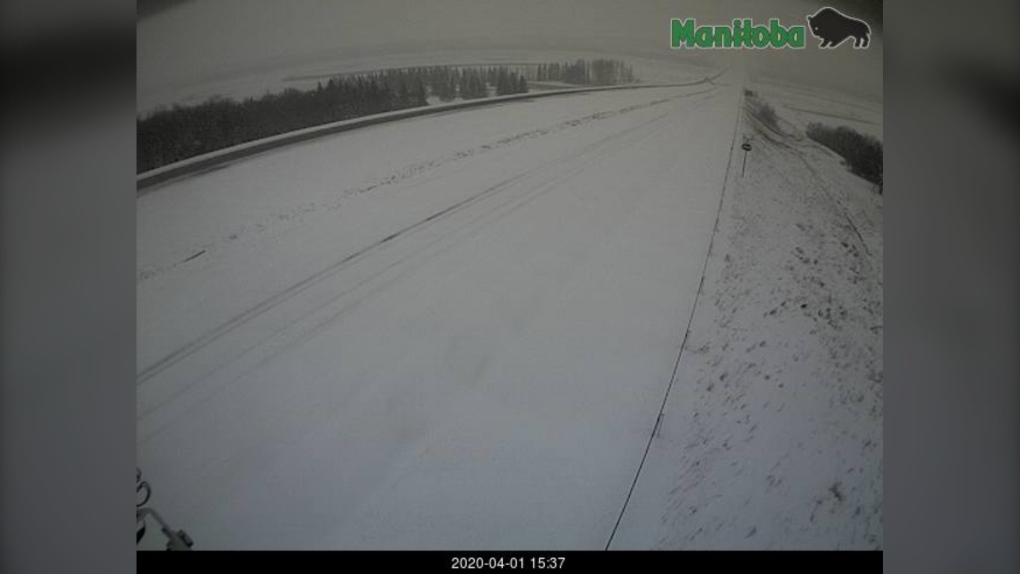 WINNIPEG -- The Trans-Canada Highway between Brandon and the Saskatchewan border has been re-opened.

The closure was originally announced at 3:15 p.m. on Wednesday by the Province of Manitoba due to poor winter driving conditions.

The highway was reopened just after 4:15 p.m.

Despite the Trans-Canada being re-opened there are other routes that remain closed:

• Highway 5, from the Saskatchewan border to Roblin, Man.;

• Highway 16, from Neepawa to the Saskatchewan border;

• Highway 45, from Russell to Rossburn; and

• Highway 83, from Russell to Roblin.

A snowfall warning is in effect for much of Central and Southern Manitoba, including the City of Winnipeg.

Snowfall warnings for most of south/central #MB including #WPG. WPG gets rain first tonight, then 5-15 cm of snow is possible Thursday into Friday. Heaviest snowfall amounts (10-25 cm) expected east of WPG. Click link then your region for more. https://t.co/kaOBlzV2wl #mbstorm pic.twitter.com/SPdZFKfMWQ