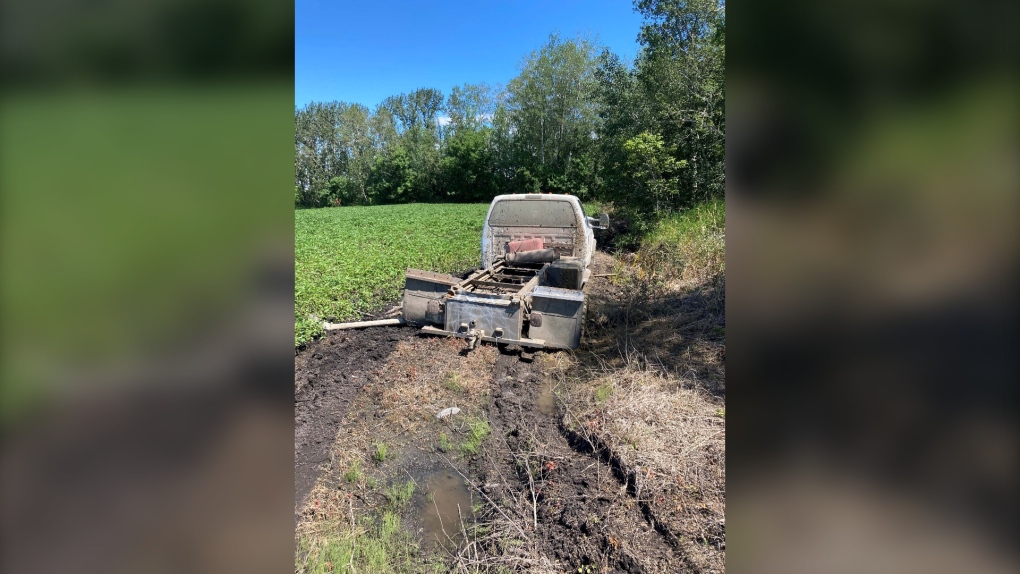 A stolen truck is found stuck in mud on a property in the RM of Lakeshore (supplied photo: RCMP)

Two people have been arrested after a stolen truck was found stuck in the mud on a rural Manitoba property.

RCMP officers were called to a report of a suspicious vehicle at a property in the RM of Lakeshore on July 31 at 12:40 p.m. When they arrived, they found a truck that was stuck in the mud. Two people in the truck ran away from the vehicle, but were quickly arrested.

According to RCMP, the truck was stolen from Dauphin on July 25. Officers found drugs and several weapons inside the vehicle, including a replica handgun, along with other items believed to have been stolen. 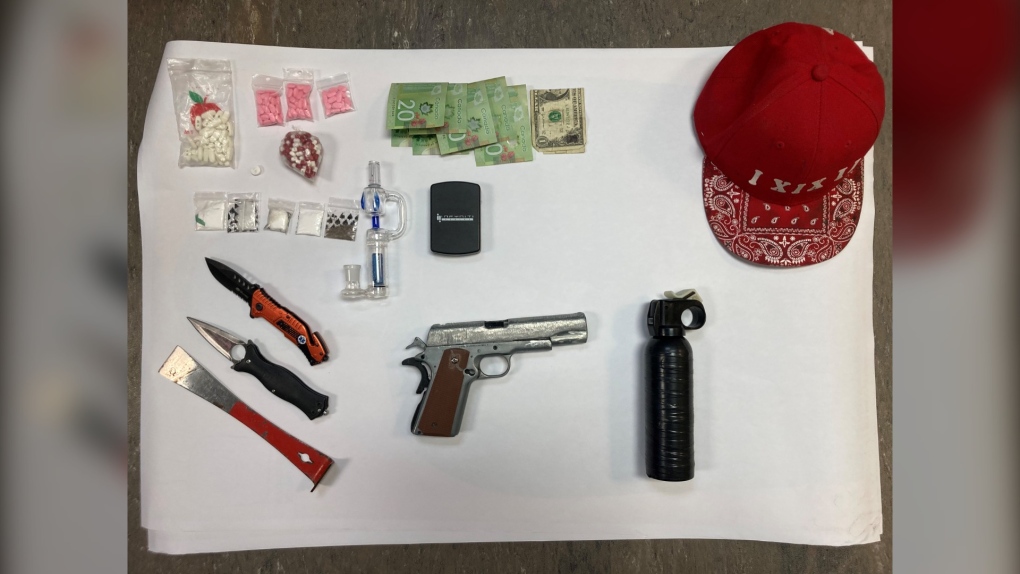 Items seized during an investigation in the RM of Lakeshore (Supplied photo: RCMP)

Jill Johnson, 33, of Winnipeg, and Curtis Pruden, 28, of Dauphin, were both charged with resisting arrest, weapons offences and several counts of failing to comply. Both were remanded into custody, and the charges have not been proven in court.

A B.C. man who admitted to attacking his pet kitten so brutally the animal had to be euthanized has been sentenced to spend four months behind bars.