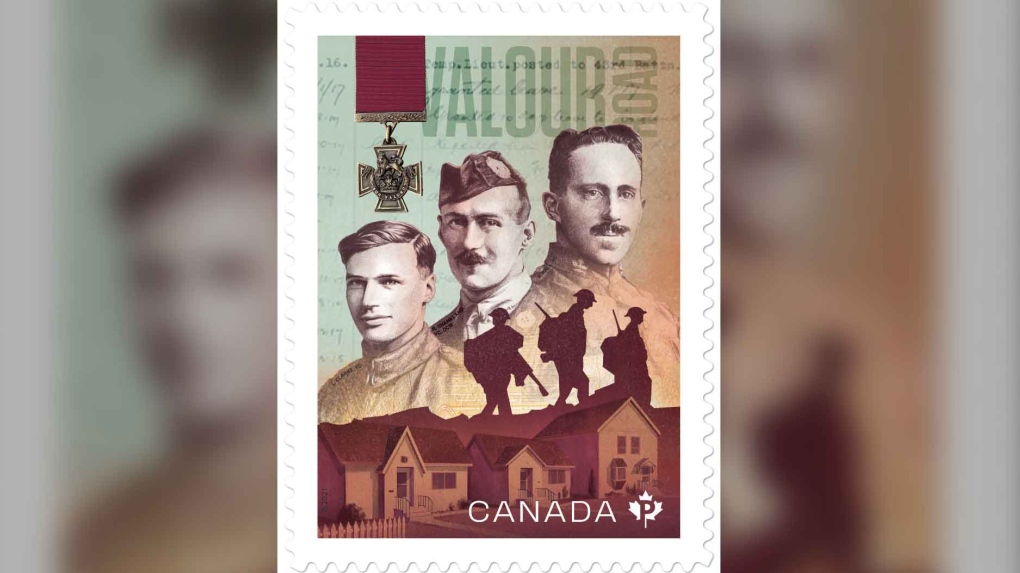 The three Victoria Cross recipients who all lived on the same Winnipeg street have been commemorated on a new Canada Post stamp.

The honour has been bestowed on fewer than 100 Canadians since 1856, and is the Commonwealth’s highest military decoration for bravery in combat.

According to Canada Post, Corporal Clarke and a small section of infantry were assigned to clear a German trench line near Pozières, France during the Battle of the Somme. After every man but Clarke was killed or wounded, he single-handedly held off a German counterattack, despite a bayonet wound to his leg.

Company Sergeant Major Frederick William Hall attempted to rescue a wounded soldier less than 15 metres outside a trench during the Second Battle of Ypres in 1915. Canada Post said heavy machine-gun fire stopped his first attempt, but he tried again and reached his comrade. As Hall carried him back to safety, both were killed.

Lieutenant Robert Shankland, DCM, won a strategic foothold on a ridge in the 1917 Battle of Passchendaele after his platoon and supporting soldiers were compromised, according to Canada Post. Shankland led the surviving force against a fierce counterattack, then made his way through thick mud and shelling to battalion headquarters to report on the enemy's position.

The collectable stamp shows images of the three Manitobans set above silhouettes of the three in combat with an accompanying illustration of Pine Street.

The stamp is available for purchase on the Canada Post website and at postal outlets across Canada.