'We can get this RM back on track': Embattled St. Andrews mayor Joy Sul re-elected

'We can get this RM back on track': Embattled St. Andrews mayor Joy Sul re-elected 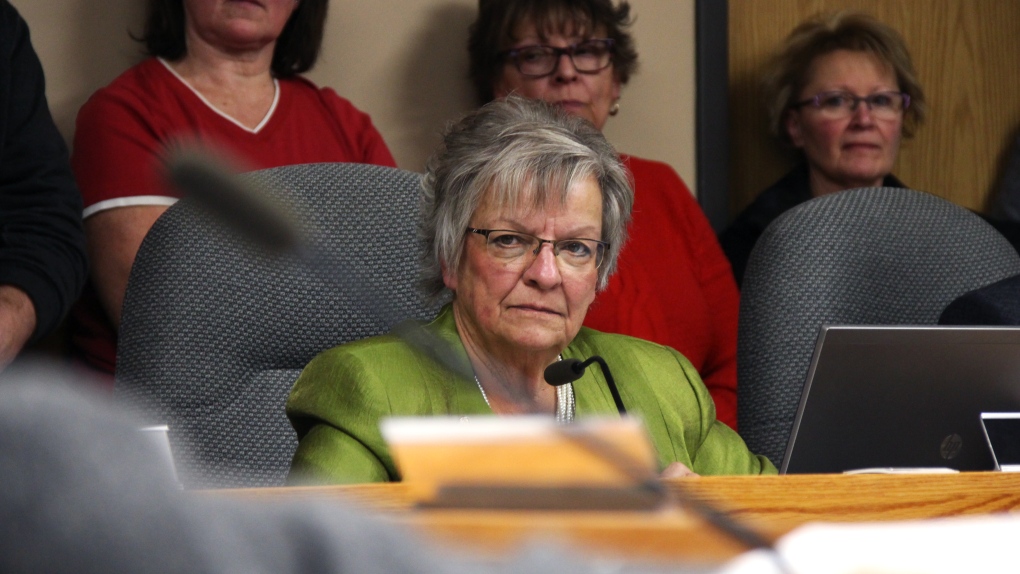 After a turbulent first term, St. Andrews' embattled mayor Joy Sul has been re-elected and will return to the RM's top office.

Late Wednesday night, Sul was re-elected as mayor of the rural municipality located north of Winnipeg, collecting 60 per cent of the vote.

"It's very exciting, and you know the people spoke again," Sul told CTV News on Thursday. "My integrity and honesty will never change, and I'm so grateful and humbled by the strong support again, I received in this election."

Sul collected 2,138 votes at the end of the night, beating her opponent and former councillor John Preun by a margin of 739 votes.

Sul was first elected councillor in the RM in 2014, before taking the mayor's office in 2018 with nearly 63 per cent of the vote.

However Sul faced a rocky tenure in the office.

A political dispute came to a head in 2019 when a majority of council led a coup against the mayor – voting to strip key responsibilities from her.

She has previously alleged the decision was due to discrimination, while opposing councillors said it was the result of a culture of bullying and disrespect.

Sul has taken the decision to court, which reached the Manitoba Court of Appeal in early October. A decision in the matter is still pending.

Sul said it is time to move forward.

"It's been a very tumultuous three and a half past years, and the residents don't deserve this," she said. "We have to start moving the RM ahead in a positive light."

Sul said she is confident she and her fellow council-members will be able to work together in the coming term.

The RM saw a nearly brand new slate of councillors elected, with the exception of incumbent Laurie Hunt who was re-elected in Ward 6.

Here is a breakdown of the other candidates elected in the RM:

"Residents need to be number one, we work for the residents. That's still always my priority, we take an oath. And I'm very confident with the majority of new council that we can get this RM back on track," she said.

"First and foremost, I believe we have to get back the respect to the people. We have to go back to transparency."

Sul said she wants to increase transparency by making the meeting minutes and council meetings more accessible for people to watch on YouTube.

With four more years ahead of her as mayor, Sul previously told CTV News she also wants to address seniors' housing in the RM.