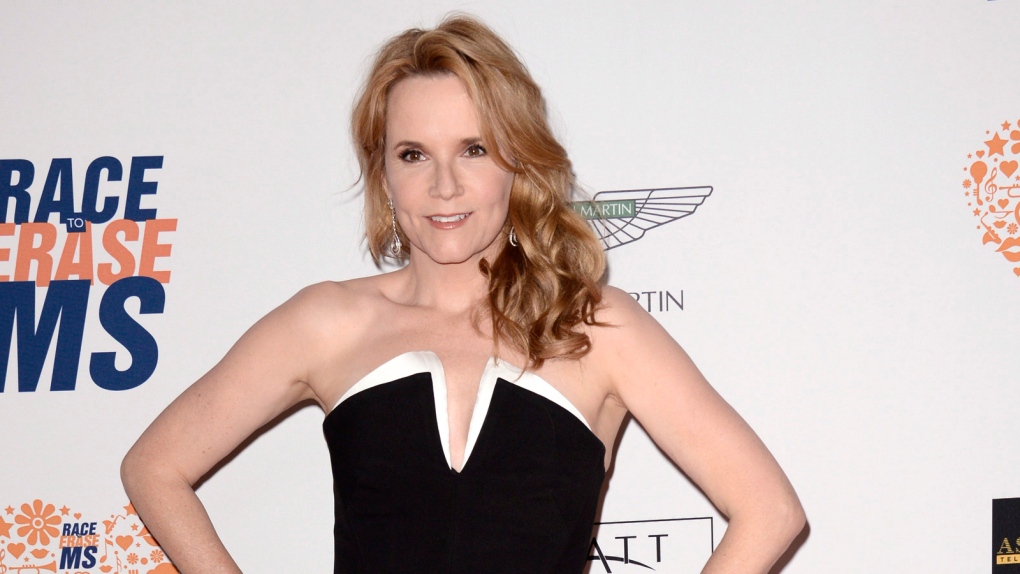 Actress and director Lea Thompson appeared on two popular talk shows this week – The Tonight Show Starring Jimmy Fallon and Live with Kelly and Ryan – and both times made mention of her time working in Winnipeg.

In the Tonight Show interview on Tuesday, Thompson said she’s working on a series in Winnipeg called ‘The Spencer Sisters,’ which she is filming with Canadian actress Stacey Farber.

“I’m like this fabulous mystery writer. I’ve got nails and everything and Spanx and extensions,” she said.

“We solve mysteries together. [Farber plays] an ex-cop.”

While on Live with Kelly and Ryan on Wednesday, Thompson mentioned the same project, adding that she’s been keeping busy with work.

“I’ve been trying to keep up with you, so I’ve been working a lot, I’ve been directing a lot,” she said to Kelly Ripa and Ryan Seacrest.

While on the Tonight Show, Thompson added that 'The Spencer Sisters’ is one of two jobs she’s had in Winnipeg, noting the second is a movie called ‘The Disappearance of Cari Farver.’

The actress and director went on to say that ‘The Disappearance of Cari Farver’ is a crazy story.

“It’s kind of like a love triangle – a guy and two girls, Cari and Liz,” Thompson said.

“All of a sudden, Cari disappears and she starts sending all these horrible text messages and nobody knows where she is.”

Thompson also joked about the names Stacey Farber and Cari Farver rhyming with each other.

“What is going on with Winnipeg and these names?” she joked.

Security breach detected in October, believed to be sponsored by the Chinese state