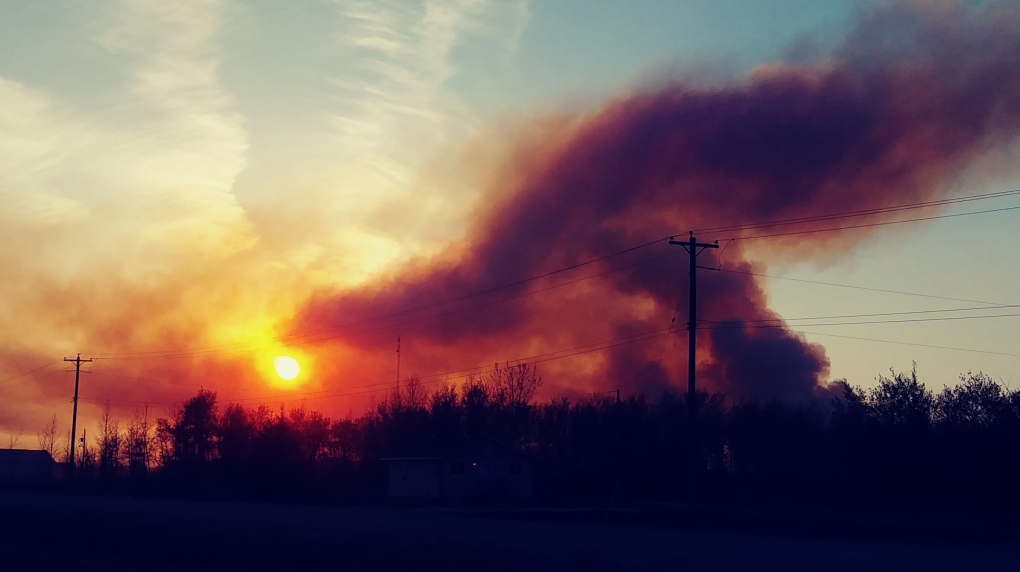 Roulette said heavy equipment was used to extinguish the blaze, as well as back burning along the fire’s perimeter. (Source: Judy Houle)

The fire chief in Sandy Bay First Nation said dry conditions and high winds added to the severity of a wildfire that started in the rural municipality of Alonsa, Man., on Tuesday and spread to neighbouring communities.

Joshua Roulette, chief of Sandy Bay’s fire department, said the nearby fire departments were called to the blaze around 7 a.m. His crews were then called in around lunchtime once the flames spread.

Roulette said heavy equipment was used to extinguish the blaze, as well as back burning along the fire’s perimeter.

No structures or buildings were damaged, but some at-risk houses did have to be evacuated. No one was hurt.

Roulette noted that crews from a number of Manitoba communities were called to help fight the fire including Sandy Bay, Amaranth and Glenella.

Highway 50 was closed on Tuesday, but has since reopened.