Winnipeg man diagnosed with cancer after waiting months for biopsy 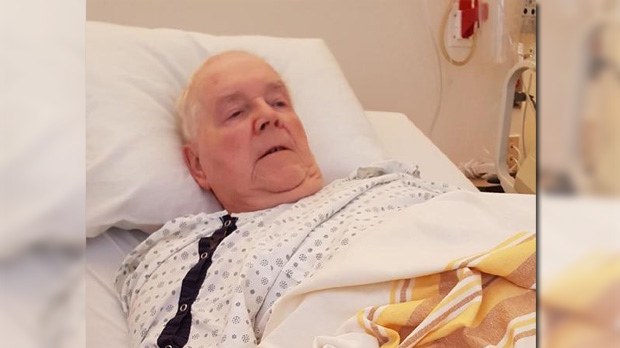 An elderly Winnipeg man whose family spoke out about a nearly four-month wait for a biopsy of a growth on his lung has been diagnosed with cancer.

Braun, a nurse practitioner, said the cancer has an 80 per cent response rate to chemotherapy treatment, but because her father’s health deteriorated over the months he waited for biopsy of a growth that was detected by CT scan in September, it's uncertain whether or not the treatment can be done.

Earlier this month, a nearly 60-hour wait in emergency added to the family’s frustration over Myer’s care.

Manitoba Liberal health critic Jon Gerrard advocated on the family’s behalf after they brought the wait time to his attention.

READ MORE: Elderly man has biopsy after family speaks out about months-long wait

With files from CTV’s Josh Crabb