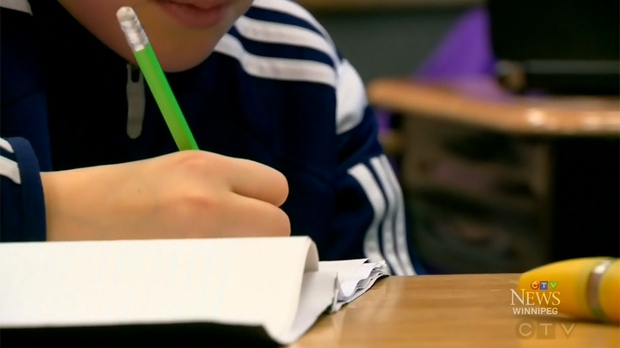 WINNIPEG -- The Winnipeg School Division passed a motion to boost French education -- after seeing a drop off of both French students and teachers in later grades.

The motion was presented by Jamie Dumont, a WSD trustee and a representative on the French Immersion District Advisory Committee.

“One of the concerns that we are hearing from parents is that while we have a really strong embracement of our French Immersion program in early years, there tends to be a drop off in the later years on to grade 12,” said Dumont.

She said while there are many reasons for this drop in students, one of the big ones she’s heard from parents is there are no International Baccalaureate (IB) programs offered in the French immersion.

She said when students get to older grades they have to make a choice between IB and French immersion.

Dumont’s motion is asking for a five-year analysis on student enrollments in the French immersion programs per grade in each school. She is calling on the division to keep track of the students exiting the French programs to go into the IB programs.

She wants the division to look at the feasibility of offering a French Immersion IB program.

Dumont said the other part of the motion is recruiting and retaining French teachers for the French Immersion program.

“It’s really a first step,” Dumont said. “I want to table this motion and get the boards support to have this go to our policy and program committee.”

Dumont said the committee would look at the feasibility and cost of these changes, and would present that to the division.

The motion was presented to the WSD on Monday night and passed unanimously.