A birthday gift from Garth Brooks: Winnipeg woman with Down syndrome serenaded from Regina stage

A Winnipeg woman has come home from a birthday weekend in Regina having shared a special moment with a country superstar.

Over the weekend, Brooklyn Van Reede, 21, took a road trip to see Garth Brooks perform twice with her mother Tammy Wasylowski, who said the young woman with Down syndrome is obsessed with the crooner.

She said her daughter always insists on listening to his satellite radio station in the car.

“I’m not allowed anything else,” Wasylowski joked. “I love Garth Brooks, but this one? She loves Garth Brooks. It’s a completely a different level of loving Garth Brooks.”

“We went to see Garth Brooks three years ago when he was here,” Wasylowski said, explaining they went to three out of four of his concerts at the time.

Wasylowski said this time around, they hatched a plan to grab the country superstar’s attention that involved a bright pink sign.

“We held up a sign that said her birthday wish was to meet Garth Brooks,” Wasylowski said.

Brooks noticed them during the first concert, she said, and acknowledged Van Reede and her tiara from the stage. But they hoped for more.

“We just thought, ok, the second show, we have to try harder,” Wasylowski said, explaining they spoke with security staff, who helped move them to a spot more visible from the stage, and then pulled a crew of other audience members together to hold more signs for Brooks to see that said, “Please make Brooklyn’s wish came true.”

In a moment the two have since shared to social media, Brooks faces Van Reede from the stage. 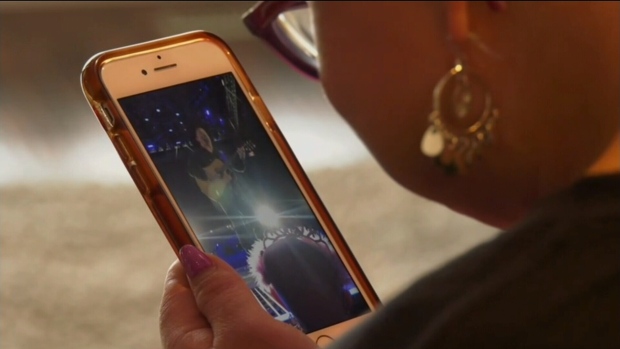 “Okay, Miss Brooklyn, I saw you here last night, didn’t I, also? Yes. And you know all the music,” he said, before launching into a swinging-version of Happy Birthday he said had an Oklahoma influence, as the audience joined in.

Wasylowski struggled to find words to describe how they felt in that moment.

“The emotion actually in that moment is like you can’t breathe,” she said.

Van Reede carried her excitement with her back to Winnipeg.

“All the way home, driving back from Regina, all she said to me was, ‘Mom, party, Garth Brooks.’ I’m like, ‘Ok, we did two shows, and it’s over now,” she said, laughing.

Wasylowski said Van Reede is also a fan of other country stars who rose in popularity in the 80s and 90s, including the Dixie Chicks and Shania Twain, but she believes her daughter’s special connection to Garth Brooks has to do with the subject matter of his songs.

“The River, Standing Outside the Fire, songs about overcoming challenges -- that’s her life,” she said. “That’s what we do every day.”

She said her daughter still hopes to meet Brooks one day and if he returns to Winnipeg, she’ll make sure to help her get front and centre.

“I would do anything for this girl, anything.”

-With a file from Marc Smith/CTV Regina