'A peaceful place': How a small Manitoba community honours those who fought in war

'A peaceful place': How a small Manitoba community honours those who fought in war 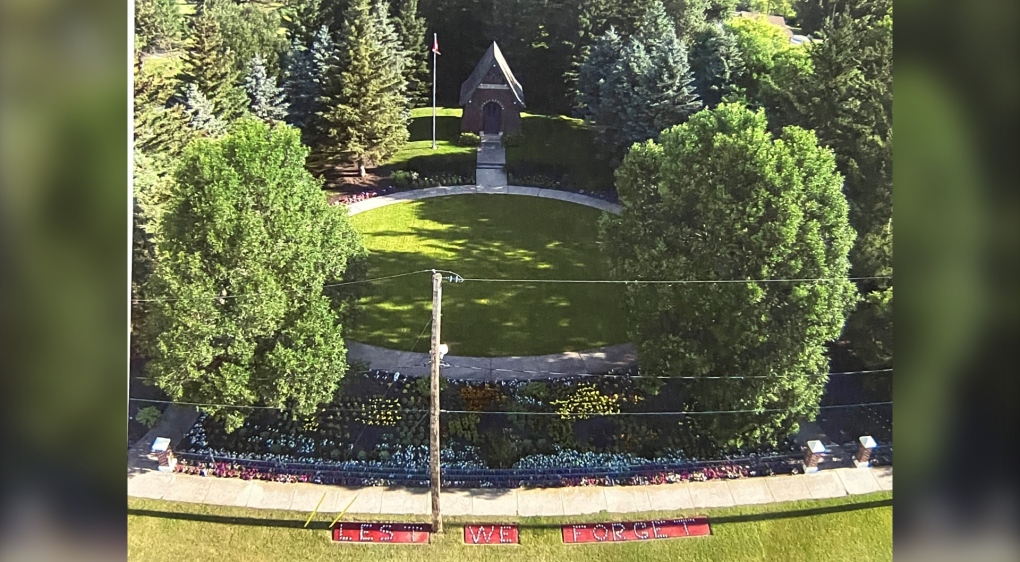 A small Manitoba community has been dedicated to honouring those who fought and also made the ultimate sacrifice during the First and Second World Wars.

Darlingford is located 21 kilometres west of Morden and since 1921, it has been home to Manitoba's only free-standing memorial building in the province.

Darlingford Memorial Park was inspired by Ferris Bolton, who lost three sons while they were fighting in France in 1917.

Glenn Rasmussen is the secretary-treasurer for the park, holding that title for 37 years, and said the park is important for so many in the area.

"There's a lot of people (from here) that signed up for the war, it was a small area, and there were a lot of people signed up. So it's just an important part of everybody's life," said Rasmussen.

Inside the memorial building, there are two black tablets listing all the men and women who served in each war. 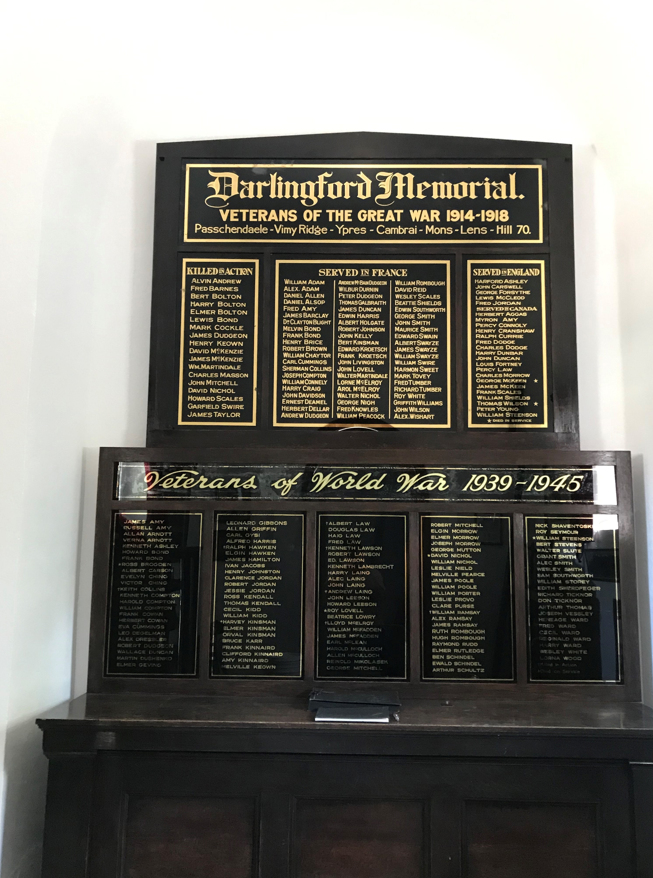 A plaque at Darlingford Memorial Park showing all people who fought in the First and Second World Wars in the area. Nov. 8, 2022. (Source: Glenn Rasmussen)

In 2021, the park marked its 100th anniversary, with the official ceremony being held this past July.

"We tried to contact a lot of relatives of the people who were on the two plaques in the building from the First and Second World Wars…We had a very strong, very good turnout for the service this year. So it was very well received."

Unlike other memorials in the province and across the country, a yearly service isn't held on Nov. 11 at Darlingford Memorial Park. Instead, Rasmussen said it is held on the first Sunday of July every year in commemoration of the original opening of the park on July 5.

"We have children from the community take part in it and we have a roll call. We call out the names of the (people) from the First World War and the Second World War who gave their lives," said Rasmussen. "The children put flowers on two-way crosses at the front, and then stand them in the formation of a cross after they've placed the flower."

Despite no official service in Darlingford, Rasmussen said services are still held in Manitou and Morden on Nov. 11.

Rasmussen encourages people to visit the memorial park and learn about the history of the area.

"The community support is just tremendous over the years. There is just a lot of pride in the park itself. We've had so many people comment when they are there, just visiting on a weekend or something, about how peaceful it is in there. It's just a peaceful place to come and visit and remember, it's just special that way."