'A recipe for disaster': dog trainer says daycares are not the place for aggressive canines following Winnipeg attack

WINNIPEG -- A Winnipeg dog daycare is now separating dogs by size after a larger dog attacked and killed two smaller canines. Now with calls for changes in the industry, one dog trainer says daycares are not the place for aggressive pets.

It's been almost two weeks since Andreina and Keith Holliday's dogs were attacked and killed while staying at Pooches Playhouse.

The couple said they are still trying to piece together what happened, but were told by the daycare the dogs were attacked by a larger dog.

"It was definitely very shocking – it is a horrific way, not only for them to die that way, but for us to find out as well," said Andreina.

In a statement, Pooches Playhouse said it has enacted emergency protocols and is now separating dogs by size. It said it is devastated by the incident.

Lee Wilcox, the owner of the Little Dog House Small Dog Center, said her fear of large dogs hurting small dogs prompted her to open her own daycare.

"The difference is a large dog can pick up a small one and shake them, killing them instantly. A small dog isn't likely to kill a large dog. It's just not possible," Wilcox said.

Wilcox believes the industry could use more oversight, a sentiment echoed by the Hollidays. 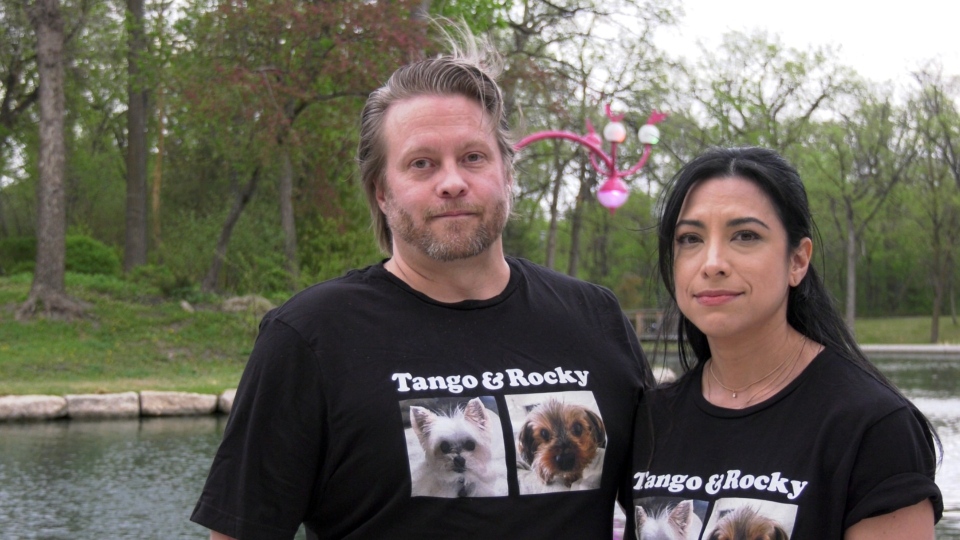 Andreina (right) and Keith (left) Holliday say their two dogs were killed in a dog attack during a stay at Pooches Playhouse in Winnipeg on May 7, 2021. (Source: Danton Unger/ CTV News Winnipeg)

In a statement to CTV News, the province said legislation refers kennel operators to the Code of Practice by the Canadian Veterinary Medical Association.

The province noted, however, accepted practices and recommended care may differ from the code.

AGGRESSIVE DOGS NOT A GOOD IDEA FOR DAYCARES: DOG TRAINER

Andrew Din, a certified dog trainer at Back to the Pack Rescue Shelter, said dog daycares are a bad idea for aggressive dogs.

"When we are mixing dogs in such a small area and we've seen them snap before, it's never a good idea and it can be a recipe for disaster," said Din.

In the case of the dog who attacked the Holliday's dogs, the City of Winnipeg said it's now been deemed dangerous.

The designation means it has to follow rules like muzzling in public and being on a leash shorter than six feet.

Din said in any cases of canine aggression, it's best to call a professional to make sure it doesn't escalate. 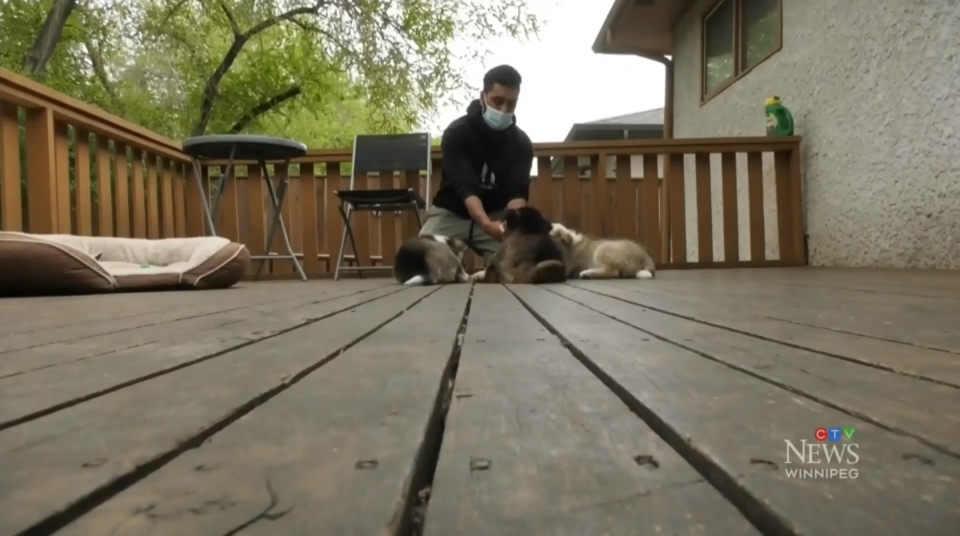 "If you're ever unsure or you're getting the signals, even if they're not snapping at another dog or their tail is just a little bit underneath at either dogs or humans, it's very important you seek out a certified dog trainer," Din said.

As for Holliday's, no amount of training or regulations will bring back their beloved dogs.

"We are all trying to reflect and that is our hope – that every daycare does try to reflect on this experience, and dog owners as well, so that changes are made. We hope that there is also a push for new regulations," said Andreina.