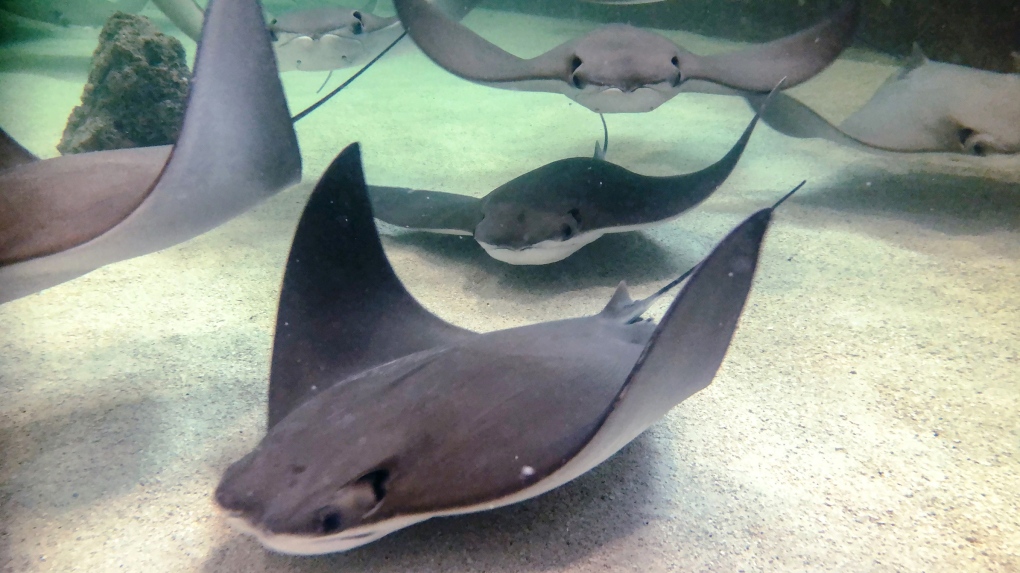 The Assiniboine Park Zoo said its Stingray Beach exhibit has been closed to allow some injured cownose stingrays to recuperate.

Three rays were hurt and three others have died after what was described as “natural mating behaviour” escalated earlier this month, the zoo said.

It also said the rays have been seen mating aggressively in the wild as well as in captivity.

Aggressive mating can include males competing for females, as well as chasing and biting during the act itself. The zoo said two males and a female died.

"We're following best practices as far water temperature, P.H., daylight cycles in order to curtail this behaviour, while separation of the sexes is likely the next card we will play," said Chris Enright, director of veterinary services and animal welfare for Assiniboine Park Zoo.

The cownose rays that were hurt are improving, the zoo said, but need to be treated and observed without the interference of zoo guests.

The zoo apologized for any inconvenience and said the exhibit will reopen as soon as possible.

An update on the exhibit is expected Friday.