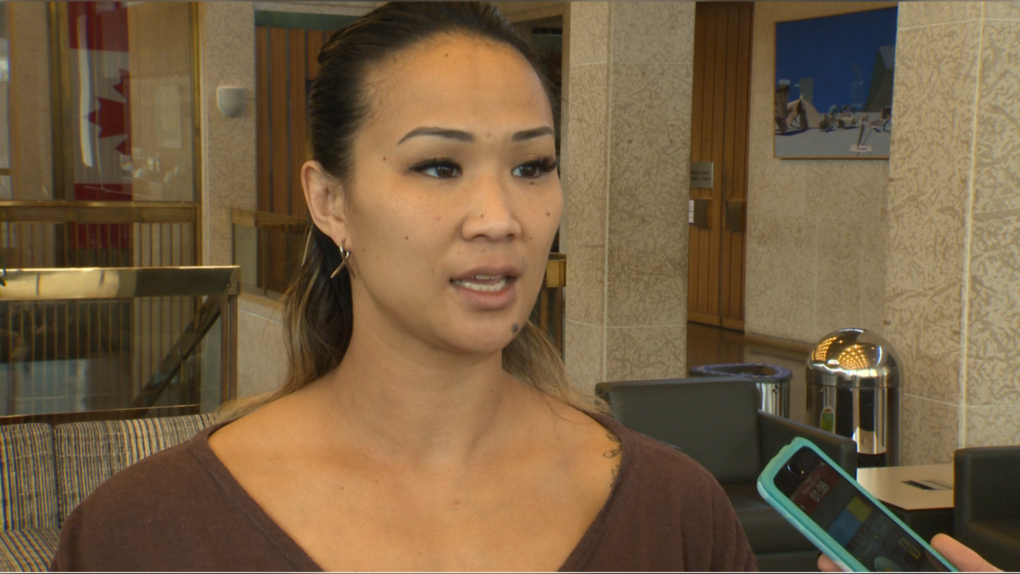 WINNIPEG -- A Winnipeg city councillor is questioning the ethics of having Winnipeg police conduct background checks on members of the board appointed to oversee them.

Councillor Matt Allard told CTV News he is concerned there may be a potential conflict of interest after Winnipeg police failed a security check for his fellow councilperson Vivian Santos.

Santos confirmed on Tuesday that she had stepped down from her position on the city's police board – which is mandated to oversee the police service – after failing the police's security check.

"Now that I have seen the rules and the process that has occurred here, it is clear to me that there is an apparent conflict when the body that is overseeing the police – the members of that body are basically being vetted by a process that is completely secret," Allard said.

"I still continue to have every reason to be confident in her appointment being the right one – and I have not seen any first-hand information that she should not be the representative from council on the police board."

Santos has since said she is reconsidering her decision and is looking at legal options to clear her name.

She denied a request from CTV News for an interview, saying she is considering all options and will not be doing media interviews.

CRIMINOLOGIST SAYS THERE IS POTENTIAL FOR A CONFLICT

Criminologist Frank Cormier, the head of the University of Manitoba's department of sociology and criminology, said the issue of police background checks has been on his radar for a while.

"Having that very service being the ones vetting potential members of the board certainly has potential for a conflict of interest," he said.

Cormier said he is not implying that any conflict of interest has happened in Santos' case, but said it goes back to an old saying about justice.

"It must not only be done, but it must be seen to be done," he said. "I think the situation we have here Winnipeg – and it's not limited to Winnipeg – certainly has the potential for people to maybe believe that things are not being done correctly, even the appearance of a conflict of interest can be just as bad as an actual conflict of interest."

Cormier said there could be alternatives to having police conduct background checks, such as having an independent body conduct the checks.

He said this would require independent bodies to have access to the Canadian Police Information Centre (CPIC) which houses all information on anyone who has had contact with police.

Cormier said another solution is ensuring police tell the person why they failed a background check.

"I think people have the right to know what sort of information is contained in databases about them, and how it might affect their future, and whether or not it needs to be corrected."

Cormier said currently he doesn't know if there is an option for people to appeal a failed background check, or request the rationale for why they failed.

Winnipeg Police denied a CTV News request for an interview, referring back to a 2013 report submitted to the Manitoba Police Commission that examines the practice of background checks.