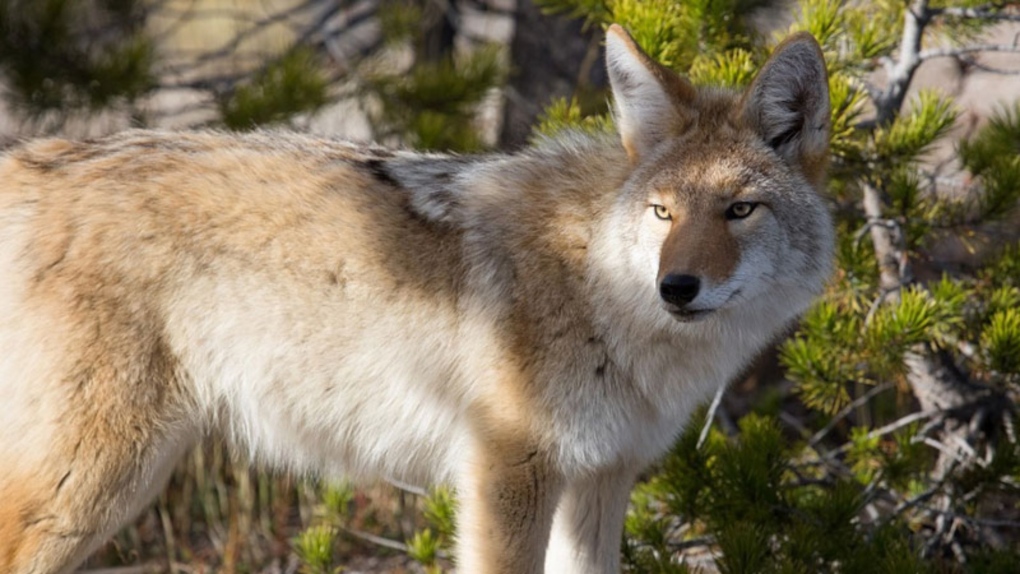 A coyote is pictured in an undated file photo (Creative Commons)

WINNIPEG -- The Winnipeg Police Service is asking the public to be aware of coyotes in Assiniboine Forest.

According to a social media post, police said they received reports of two coyotes in the forest early Tuesday morning, and said they were exhibiting aggressive behaviour.

Parts of Assiniboine Forest were closed in July due to aggressive coyote activity, including coyotes reportedly stalking hikers. The closures were lifted on July 29.

Janine Wilmot, a human-wildlife conflict biologist with the province, said they have received reports of sightings in the last several weeks, including in the Assiniboine Forest. She added other coyote sightings have been reported in the East and West Kildonan area.

“We do know that coyotes do live in the City of Winnipeg, and coyotes are found in urban areas across North America, so Winnipeg is not unique in that situation,” she said.

Wilmot said if they are out on their walks, they should think about taking preventative measures.

“Things like making sure you’re keeping aware of your surroundings, monitor what’s going on around you,” she said. “You may want to carry some deterrents, basically anything that would cause an animal to stop its undesirable behaviour or to move out of an area. Most deterrents we recommend are sort of noisemaking deterrents, like whistles or air horns. A walking stick can also be a deterrent.”

If the coyote encounter is up close, Wilmot said being loud and large and making lots of noise can help scare the animal away from the area.

Police said if people come in contact with aggressive coyotes, they should contact police at 204-986-6222 if the situation is not an emergency. If you are at immediate risk, call 911.